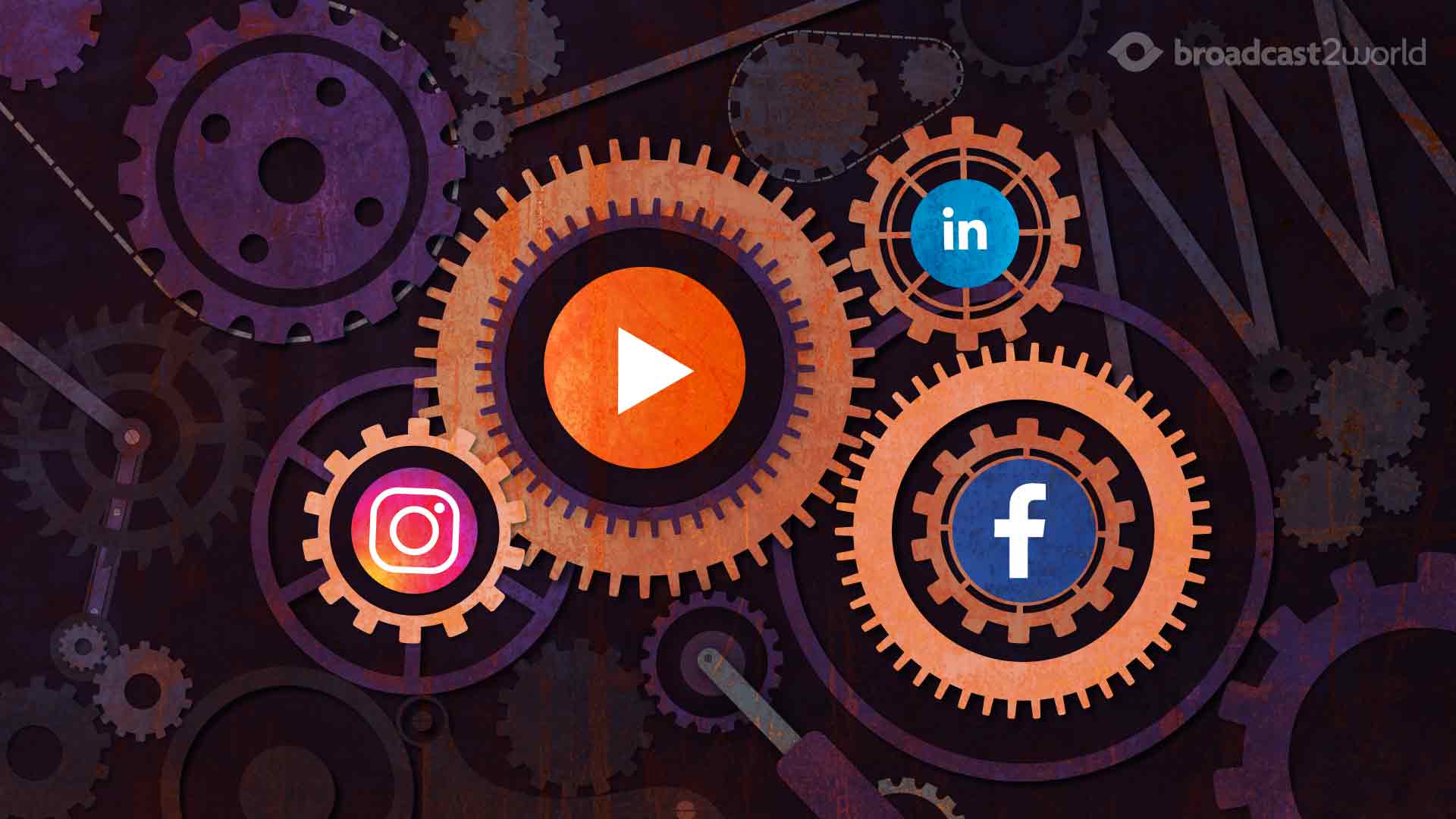 How To Win Hearts With Social Media Videos Which Engage Better?

Social media platforms have come a long way from what they used to be. While they have always been about connecting with each other, there has been a major shift in how people like to consume content on those platforms.

Remember when text ruled B2B social media? Every company went around sharing long posts explaining topics pertaining to their businesses. Facebook groups even had options for uploading long notes for the members to access, LinkedIn too.

Well guess what? It doesn’t work anymore. Marketers still using the same old tricks are having a hard time keeping their B2B social media accounts alive. With the latest Facebook update after the F8 Conference, posts by companies are less likely to appear on the timelines of their audience.

That said, there’s still time for you to fix things. As a B2B company, we totally understand the problems you face on social media. So let’s hit some of the nagging questions you probably have in mind.

How To Not Be Boring While Explaining Complex Topics On Social Media?

Most businesses communicate on social media the same way they do on their website. They go ahead with posts and videos revolving around their products and services on social media in their professional tone which might come off as boring and doesn’t quite work.

Moreover, since people take more informed decisions now, the companies have to educate them about the products/services and the underlying concepts. As a business you might believe that this is where your promotional videos would come in handy. While being great for remarketing campaigns, all it does is drive people away when used in awareness campaigns in most cases.

The thing is, most people go to social media to connect with people. Businesses popping up on timelines with promotional videos aren’t exactly what your audience is there to see. This is this very reason which leads to the failure of so many B2B campaigns on social media.

It is also the reason why  many companies are now choosing to focus on content which is specific to their field, yet generic enough to be absorbed by all kinds of viewers on social media. We have to remember that likes, shares, and comments are the tools to measure social media success, so if you don’t have enough people watching it, you definitely won’t have enough people liking, sharing, or commenting on it. But we know, as a B2B company, your content can be complex and difficult to grasp, but that shouldn’t hold you back from bagging those likes and shares, right?

Look at this video from IBM:

Videos such as these put you in a zone wherein everything around you is pushed to the background. In this state, all you focus on is the video and that state, my friend, is called the alpha state. This is also the state you reach when you meditate. Does it mean that animation is meditation? In a way, yes. Let’s look at this video to understand the statement better:

With animation, your imagination is your only limitation. You could also experiment with different types of animations to find out what works best with your audience—what makes them engage better. We’ll discuss engagement further in the next section.

How Do I Make My B2B Social Media Posts Engaging?

Engagement is always a challenge for B2B marketers. Let’s face it, while B2C companies enjoy likes, comments, and shares reaching millions in numbers, B2B companies struggle to reach even half a million.

Even in the narrowed down audience which the B2B companies have on social media, they often have posts which don’t work. Promotional videos, which work great on websites and in remarketing campaigns on social media, are often used in awareness campaigns where they don’t quite fit in.

If we use animated edutainment videos on social media, we could get a lot of engagement. Edutainment videos are videos which educate audiences in an entertaining fashion. These videos are the perfect blend of education and entertainment. They can be made fun and interesting regardless of how technical the concept itself is. In fact, videos and animations outdo other posts on social media with 12,000 times more shares. Conversions, on the other hand, can shoot up by 70 percent (when done right, of course)!

Once you know your videos are getting enough engagement and conversions, you can rest assured that they’ll remember what you said in the video. Making people remember concepts discussed in videos is quite a huge challenge in itself—and animated videos fix that in a breeze.

What Options Do I Have For Using Animations On Social Media?

A lightweight solution for you could be animated GIFs. These are easy to consume and are quite engaging. Moreover, they fit in somewhere between images and videos so as to get the best of both worlds. Many B2B brands use GIFs to communicate with their audience. Look at this GIF by Cisco, for example.

If your campaign revolves around demand generation you could instead go for short and crisp animated video ads. They’re a lot more engaging than animated GIFs and can fit in a lot of information. You can even leverage the power of audio in these ads!

If you think you aren’t doing justice to the concepts the video revolves around, you could go for longer animated videos. These can’t be used for ads, but can certainly be used on social media for explaining difficult concepts, such as some technology or idea which a product or service of yours uses, in an entertaining manner.

For example, if you’re an automobile company, making a video explaining the phenomenon of streamlining of air would be a good idea.

Such entertaining educational videos are called edutainment videos. This Factspread video talks about climate change, the US economy, and other issues that the US citizens are affected by. These complex topics are explained in a simple, entertaining manner making it social-media friendly.

Let us help you bring your B2B social media back to life with animated videos!

Previous Story
← Leverage emerging trends for success with B2B video marketing
Next Story
Why You Absolutely Need Animated Explainer Videos For Your Brand? →