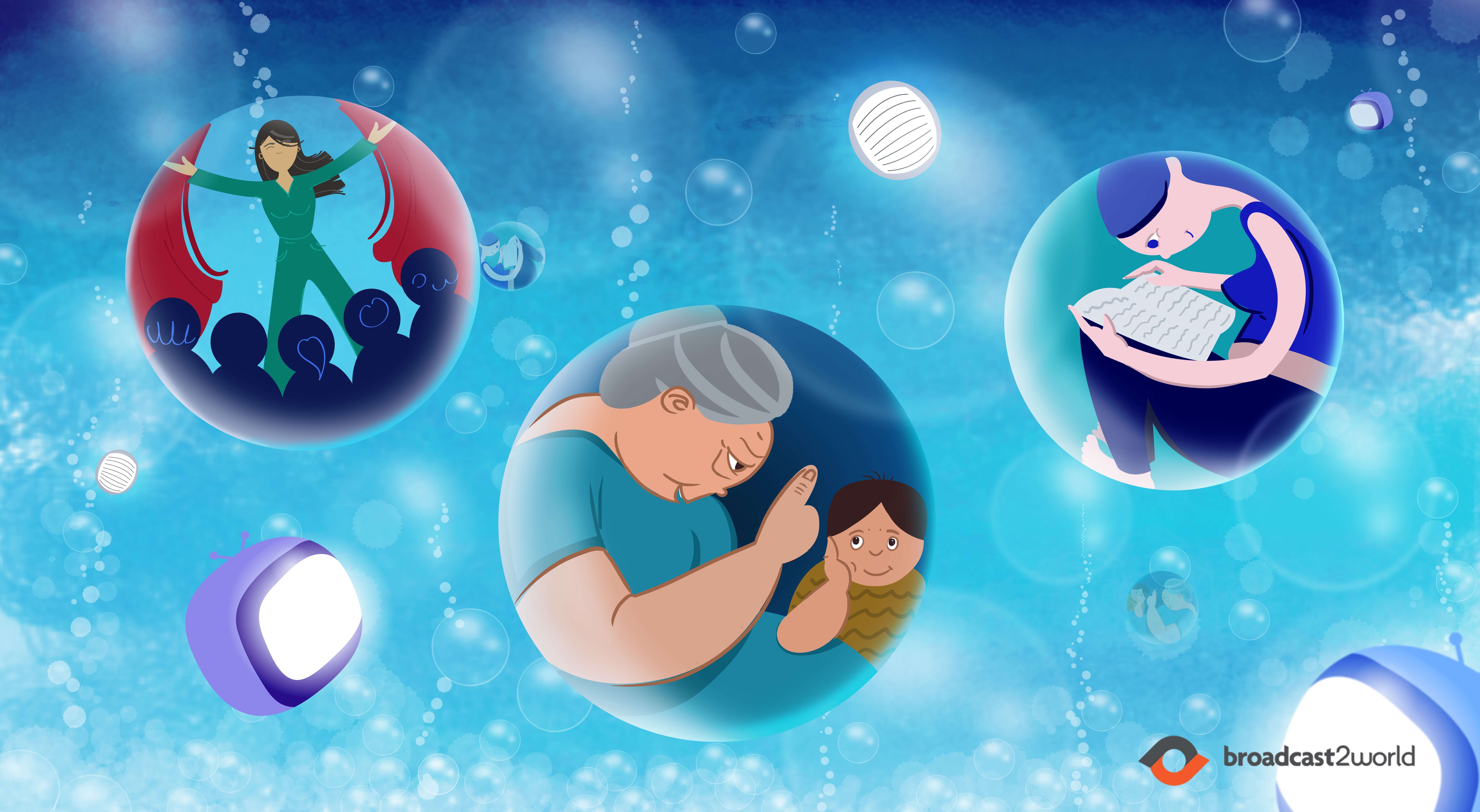 How To Write A Script That Enthralls And Engages Your Audience?

STORYTELLING is immortal, an inhaling-exhaling piece of fiction based on facts, sometimes hidden facts and you are the lords of storytelling. We all are surrounded by information, and to enthrall and entice your audience from the start till the end is deceptively simple. So how does one start?

All great movies, television show, novels, novellas, novelettes, even advertising films, were once a great idea. And all great ideas were bloomed & blossomed in the heart of a cinephile or a bibliophile.

“IF YOU DON’T HAVE TIME TO READ, YOU

DON’T HAVE THE TIME TO WRITE.”

In absolute boredom on the mountains of Uttarakhand, Kedarkantha, we once came up with a game, where one will give a short premise of a story and you have to guess the title of the film, Say, A tough American expatriate rediscovers an old flame only to give her up so that he can fight the Nazis? “Casablanca” When a princess falls into mortal danger, a young man uses his skills as a fighter to save her and defeat the evil forces of a galactic empire? “Star Wars.” Premises transcend stories. These premises or high concepts as said in Hollywood tells the story in a nutshell.

Interesting eh? What is more interesting is how movies, novels, have premises that make them stand out.

The tale should arrive somewhere and accomplish something. Generally, writers follow a set scheme, known widely as the 3-act structure being followed since Aristotle’s time in Greek-drama, where a story is divided into three acts, Protasis, Epitasis, and Catastrophe.

Protasis is where we expose the characters, environment a platform for the viewer to narrow down their expectations from the film. Now, after the characters are being introduced there will be the stage of conflict, our second stage, i.e., Epitasis, secrets will unfold, our protagonist will be exasperated by maelstrom of vicissitudes, followed by the third and the final stage of outcome, Catastrophe, an accomplishment, a triumphant ending of the story.

Script Writing is more of a blueprint to the actual video; requires culmination of other solicited resources and minds.

A well-written screenplay will materialize into a well-made film. Writers give birth to stories, their characters, nourish them, and feed them into an adult ready to take over the world. And then, when some nitpicky director, animator or the actor changes the course, they do not welcome.

But, that is not how I wrote! Right?

One of the most difficult conundrums of a screenplay writer is to stop spoon-feeding the audience. The first and foremost rule would be to “Kill Your Darlings”, that have been handed down in writing workshops and guides for decades, and almost every major 20th-century English author cited at one time or another.

What we mean by Kill Your Darlings is, that what seems doable in a screenplay might not work while filming. The major objective is to move forward and while keeping the story intact, not be stubborn with the ebbs and flows of the process.

One avidly read novel, The Murder In Orient Express that usually takes a week to finish, when adapted, turned in 2 hours of fine cinema. And the audience applauded. The movie is successful. To shrink a week worth’s reading into an hour or two of cinema, if, it is not extremely hard work, then what?

DON’T TELL THE OLD LADY SCREAMED, BRING HER AND MAKE HER SCREAM.

Scriptwriters aren’t allowed to think verbally, but visually for they must write with a projector in their mind without hampering the naturally flowing scenes with over-do of dialogues. It is advisable to study as much of cinema as possible. Dexterous writers are known to play around words, sounding dead when they are spoken of in the actual film. Their words are their swords, but in screenwriting, if not used wisely, words are known to deceive the author. The more you write about it, the fewer people will understand. A beautiful prose is not a good screenplay. One must keep everything in the present tense to keep the movie going. It is advisable to leave out the details and write terse dialogues. Novels are about what we feel, films are about what we see. Don’t write that the old lady screamed, bring her and make her scream.

Movies such as 12 angry men, Before Sunrise, require impactful dialogues, in such cases; language must be given more space.

“THE MORE YOU WRITE ABOUT IT, THE LESS PEOPLE WILL UNDERSTAND”

Every human is different from another in looks, voice, characteristic traits etc. All the characters must sound different, driven by their own self, one may be selfless, selfish, cunning, humorous and more. Every character must sound different. One way to do is to think about their back-story, their coping and defense mechanisms.

Your characters should appear alive, unless, of course, they are dead. In a world full of fiction, well-defined key characters such as protagonist, deuteragonist, tritagonist, antagonist and more would leave a lasting effect on the minds of the audience.

We all have certain favorite characters we love. In my longest list, I find the very outspoken “GRACE” from the author Alexander McCall Smith’s novel, “The right attitude to rain” very interesting. She always speaks her mind up, a certain distinguished trait we see in older women who have seen the world and developed weighing machines in their minds to save themselves from the evil world.

LEAVE SOMETHING FOR IMAGINATION

We all have a friend with whom we cannot watch a movie without him interrupting with his guess game. And it’s exasperating. But we all love when our (silent) guess game is on-point, don’t we? To connect to the audience, to move the audience, it is of utmost importance that the characters of the film are defined in such a way that their actions can almost be predicted in a given situation.

Enter the scene late and leave early. The main motto of any movie/advertising film would be to keep the audience engaged. The golden rule of entering late and leaving early states that leave out the beautiful details leave behind the back-story and grow a room for audience to imagine the obvious and just show the now-situation.

One of the most important choices to be made by a screenplay writer is to decide what comes after, and so on. The more abstract the flow the better audience review. Instead of churning out the story from A to B to C, you may go on from B to A to C, that’d be more impactful and exciting for the viewers.

If you read a screenplay you’d realize, the most part of the script are dialogues, a conversation. The most important part of screenplay writing is to have an interesting conversation. Leave the obvious out. Dialogues should be precise, moving, and easy to understand. Say, a conversation between mother and a daughter.

In two simple dialogues author had said a lot, leaving the audience to make sense out of the conversation. The more the white space the more left for the audience to imagine which in turn keeps them engaged in the film. Erase all that doesn’t make a shift. Erase all that doesn’t explain the course of action. Erase all that cannot be shown visually. Erase that make the dialogues appear like a monologue. Erase everything can be omitted out without making a shift in the story. You will then be left with a precise, well-written, blueprint-a Screenplay.

In a world full of advertisements at every blink, artful storytelling get hold of audience like no other. Digital revolution has resulted in fighting for eyes. Like, Gary Halbert said, “And do you know what is the most-often missing ingredient in a sales message?  It’s the sales message that doesn’t tell an interesting story. Storytelling… good storytelling… is a vital component of a marketing campaign.” No wonder brands in today’s time are investing in lucrative stories to reach out their customers.

From the caves of Ajanta & Ellora to modern day advertisements, stories-storytelling never grew old. Everyone has a story some might have more, no story must go unheard. Keep writing and keep telling your stories!