How To Design An Animated Character That Delights Your Audience?

Have you ever wondered what a story would be without a hero?

Every story has a protagonist - its hero. This character takes center stage and the whole story revolves around it. Heroes help us to differentiate between the right and wrong. They become our role models as we remember them from the stories we hear, see and experience.

Heroes are known to save people from trouble - sometimes they even possess super-powers! They give us hope, entertain and make us laugh (hehe).

I don’t remember any big or small animation film (Ad films included) which have worked its magic without any animated character, in short without any living and breathing entity in it. That doesn’t mean no one has tried that or there is absolutely no evidence of the success of animation films and advertisements which have done well without a breathing animated character in it. But can we immediately think of 2 names which have done so?

It's probably in the human nature that we feel or rather long for a breathing character because that becomes the starting point of a story. What has set the human race apart from the other races is our desire and ability to tell stories. Be it in the form of fantasy or experience. Everything starts making sense once there is someone to feel, sense or react to an environment. Imagine an earth before it was infused with life. Was it Hot or was it cold? The fact is it was neither. Till the time there was no life there was nothing to pass the judgment of hot or cold, comfort or distress, pleasure or pain. It was just a state which didn’t evoke any experience or reactions. In short, a story got stuck in a limbo till it was rescued by the first living amoeba.

When you tell your brand story through a video, you need a hero, a character who the audience will love and remember, long after they have watched the video.

They will be reminded of the brand whenever there is a conversation about the character.

A central character adds a human touch to your video and your brand. It lends a unique voice to it and helps you to build a connection with your audience. Animated characters make your video fun to watch. They create a memorable experience for your audience. Characters are lively and are able to deliver the business message in a simpler way. That is precisely why creating an alluring character for your campaign could be the main reason behind its success.

We all love them right? Each of them triggers a different emotion when we watch them.

Homer is known for his classic exclamation - "D'oh!"

Our brains associate experiences to emotions. For example, playing a sport may make us feel more active and rejuvenated. Therefore our brain starts to relate to physical activity as something that will make us feel more active and upbeat. A deeper understanding of your target audience will help you to craft a character design that can entertain your audience. Every brand has its own values. These values are unique and must come across in the stories that we tell.

Similarly, the character design that you develop must also carry those values and build a connection with the audience. You can design an animated character that’s a mix of happy and funny or sincere and honest or naughty and unpredictable and so on.

Take a look at this video:

The rooster was conceptualized back in 1909. The character inspires the audience to wake up happy and enjoy a healthy cereal breakfast.

The character turned a boring product into a source of motivation for eating healthy and staying happy!

It created an instant connection with its target audience and the rest as we all know is history.

Choosing the Type of Animated Character

There are a variety of characters that you can choose to create. It all depends on your campaign and the audience. The character must fit into the story and the overall theme of your campaign. Here are some clues that would help you to develop the right character for your brand story:

Once you have developed a buyer persona for your campaign, you can observe the pictures of actual people from your target group. Understand what they look like and create an animated character that’s similar to them. Your audience would easily be able to relate to someone who resembles them and faces similar challenges.

These characters have a distinct advantage of being surreal and help you get more attention. A stylised character has an offbeat shape or a feature that makes it look unique and appealing.

Take a look at this example: 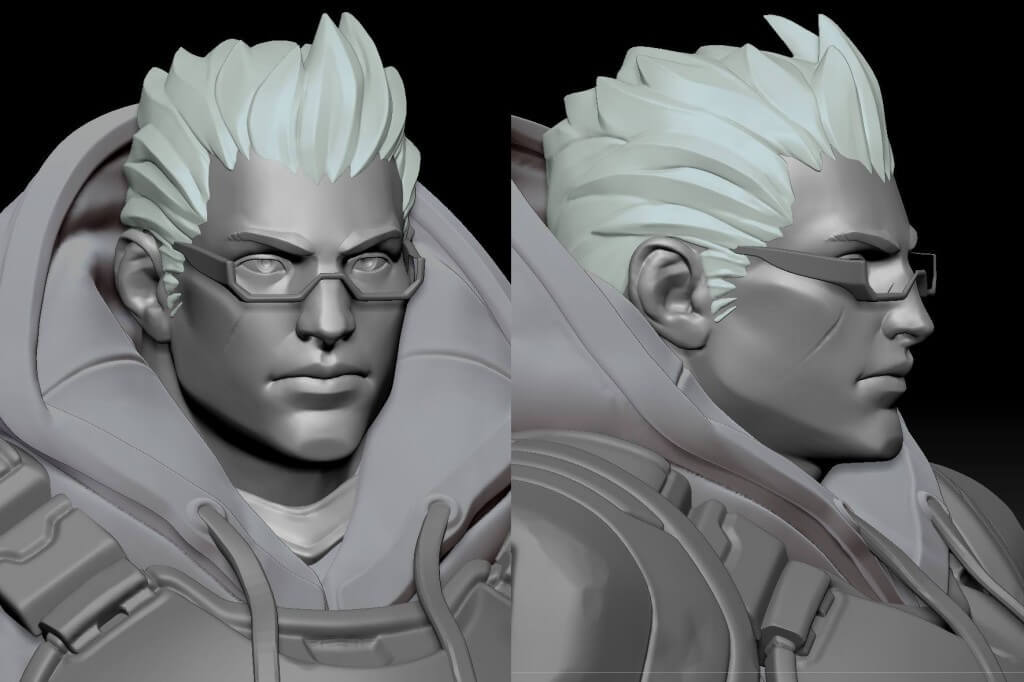 Use a Stick Figure

Stick figures have a long history of helping people to communicate ideas. They have been used as traffic signs and at the back of cars. The simplicity of stick figures makes them an important contender for your video’s animated character. Stick figures are trendy and helpful in explaining your business idea in a way that’s relatively easier to understand. 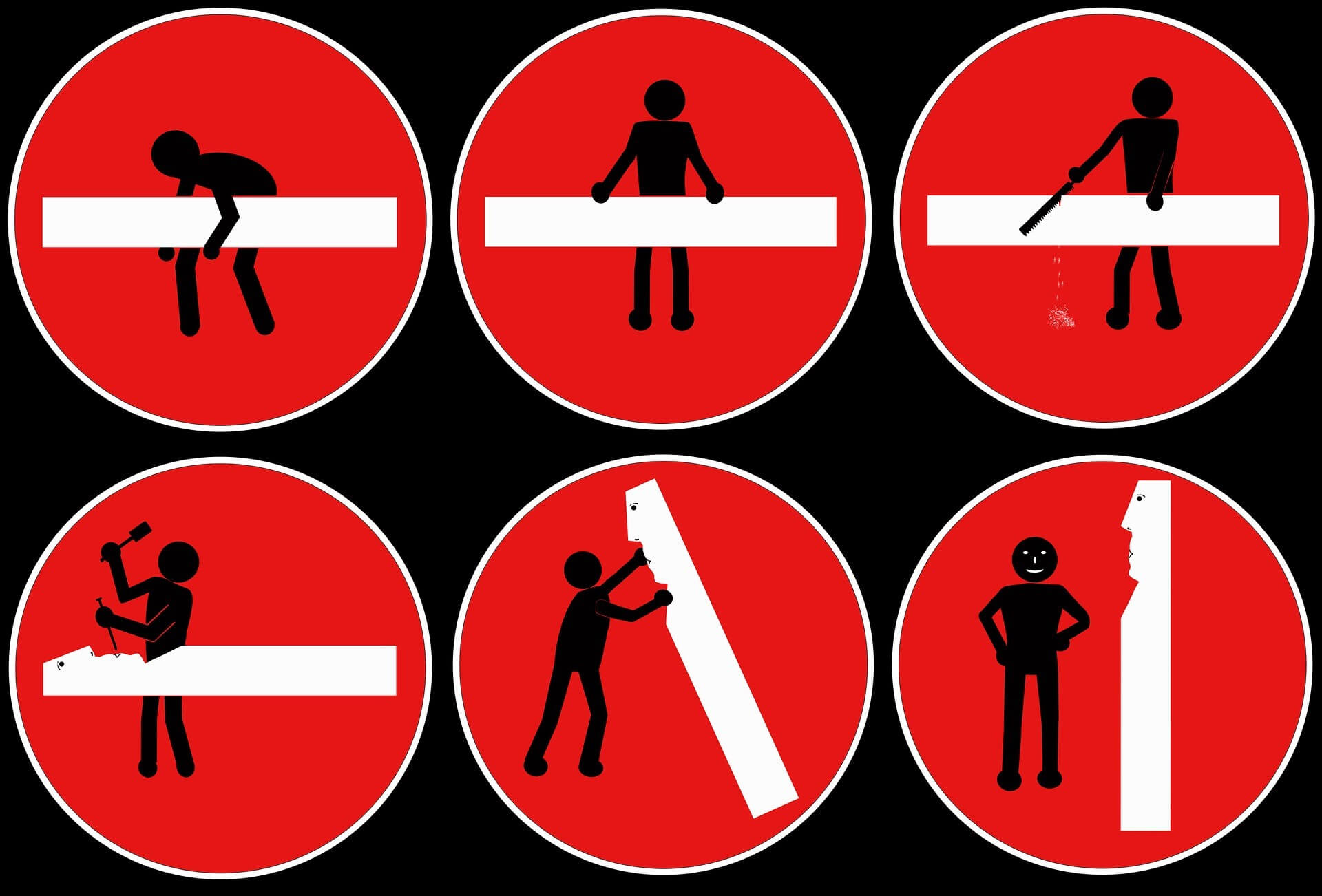 It is crucial to go into each and every detail of your character. Everything that you do with its color, shape, and size has an impact on how it communicates with the audience. You need to understand the psychology of color to ensure that your character creates just the right mood for your story. The character that you create for your video can be easily used in your entire marketing campaign and can also work to represent your brand in the long run.

Developing an animated character is not a simple process. You need to create a campaign brief and share it with your video production company. The brief should include the current business challenge the campaign objectives and the target user-persona. Besides that, you need to provide your agency a word cloud of the emotions that would be associated with your character. The draftsman and the art director would understand your brief to draw up an animated character that would be a fit for your campaign. Once the design gets developed and finalized, it is brought to life in the video.

The Anatomy of A Perfect Animated Character Design

Having a clear understanding of a personality helps to chalk out nuances. It's usually these nuances that infuse that extra life to an otherwise prop like characters in an explainer video. But character lies beyond the mere physical description of form and attributes.

You need to have a basic rudimentary understanding of the guy that needs to speak to the audience. He may or may not be physically present on the screen, yet he/she is the one who is going to set the tone of the film. Be it just a voiceover, having a face, personality and mood in mind is important for the communication to be effective and reciprocal.

There are essentially four aspects of an animated character that you need to describe:

To understand the background of the character, you need to know more about your target audience. Are you targeting a specific age group, gender, people from a specific location or profession? These details are helpful in developing the background of our protagonist as well. Remember, the character needs to build a rapport with the target audience.

There are a variety of archetypal personality descriptions that we choose from. These include the types of  - The Innocent, The Lover, The Ruler, The Rebel, The Explorer The Creator etc.   We choose a personality type that suites our brand and the campaign objective.

The physical description of the character is dependent on its personality type, its background, and its mood. So, The Ruler personality type will always be well built and The Rebel will tend to have an angry mood and would tend to go wild at times.

Like every human being, our character too has a mood that’s dominant throughout the video. This mood is dependent on his/her overall personality type as well as what we want the audience to feel. The type of emotion that you want your audience to experience will determine the mood of your character. For example, your character's pain may be meant for the audience to laugh and enjoy.

Previous Story
← Why Your Videos Need A Sidekick?
Next Story
Why YouTube Bumper Ads could be your next big opportunity? →