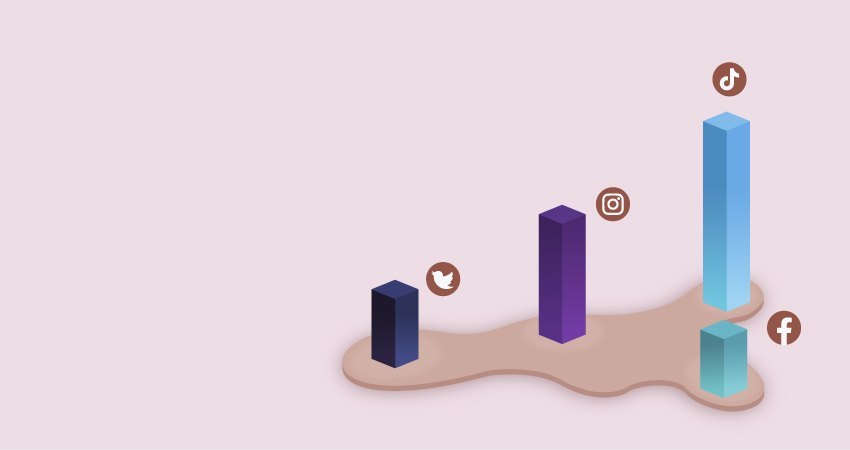 Unmissable Video Ad Stats (and What They Mean)

It’s a new year, and that means it’s time to reflect.

And crunch some numbers!

So what did 2022 tell us? Which trends soared and which ones bored?

1. The number one way customers are moving from discovering a brand to purchasing its products is video ads. (Animoto) 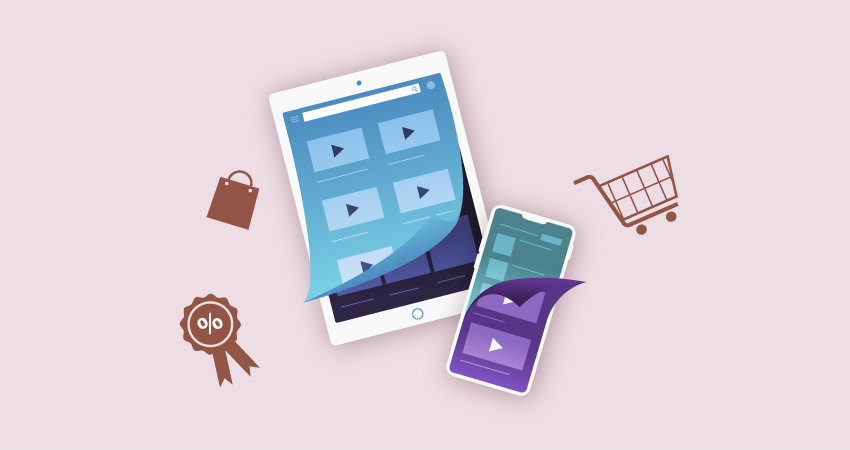 This sounds obvious at first, but it’s an important factor: video ads don’t just introduce your brand, they convert them from viewers into active customers.

It’s a testament to just how primal and engaging video really is.

2. According to Biteable, around 68% of marketers claim a return of the investment of a video is better than from one of Google Ads. 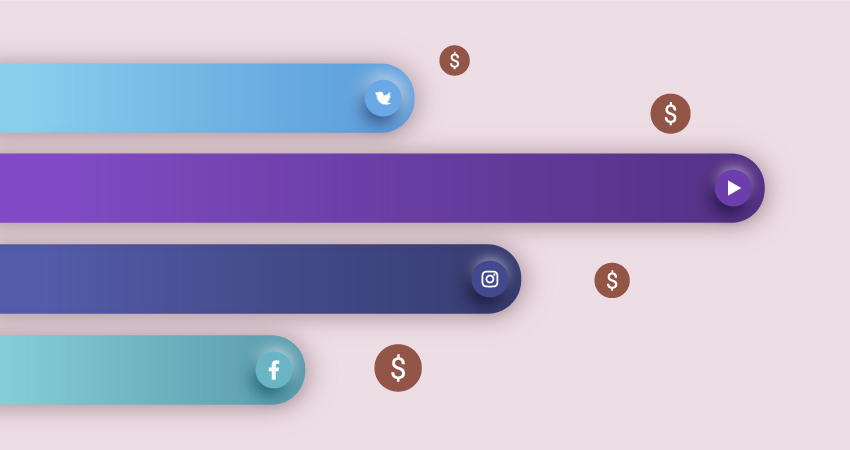 2022 saw a shift from regular online ads to video, and the numbers back it up.

And it shouldn’t be surprising.

The internet started out as mostly text with a few images.

But as the world moved from dial-up modems to ubiquitous broadband and high-speed mobile data, the internet and social media evolved with more images and video.

So it makes sense that ads have followed suit and evolved to take advantage.

3. Shoppable video is starting to show higher conversion and click-through rates than those of display ads. Source

Video is now the king of driving conversions, and there’s scores of data to back it up.

Video has surpassed display ads with higher success rates. And it’s not hard to see why.

Text is easy to read, but images are visual.

And moving images plus sound capture our two most dominant senses together.

It’s even more natural and lifelike because this is largely how we perceive the world around us already.

See how we helped Electric monkey grab attention with an animated commercial video! 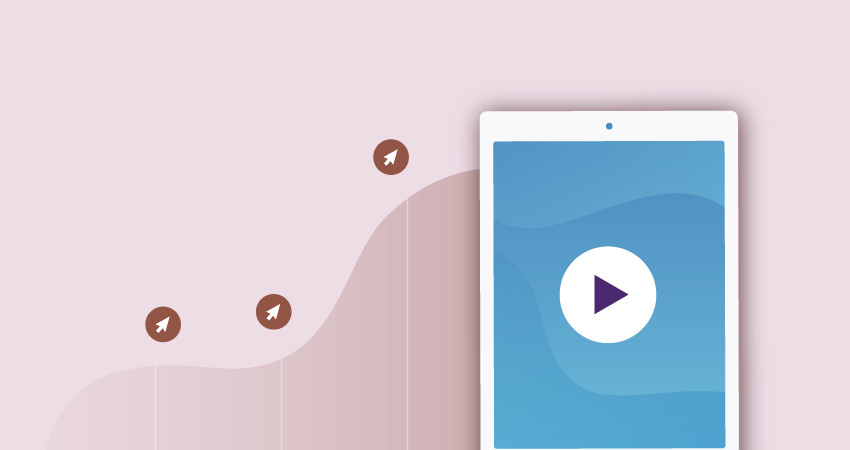 Of course, it doesn’t have to be a binary choice.

Combining ads with video clearly has a powerful effect on engagement.

It’s time to update your marketing strategy and include these kinds of hybrid approaches for best results.

1. 24% of consumers are making more purchases due to ads on social media than they did last year. Animoto 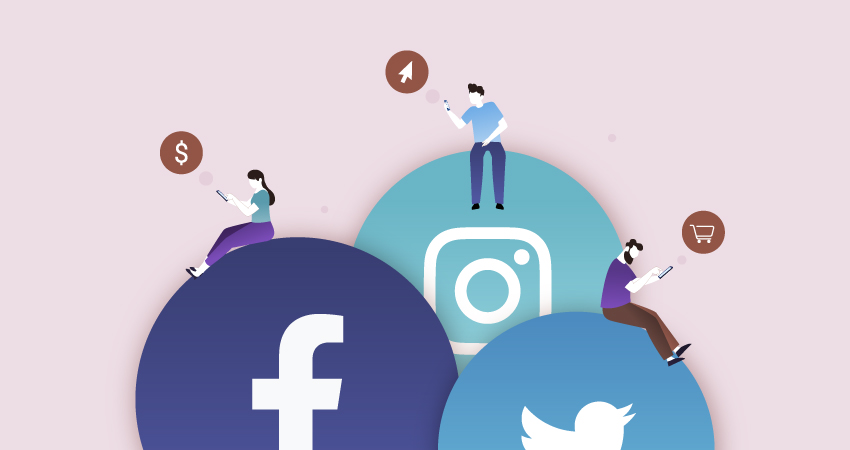 That’s a big jump in just one year.

But it’s a testament to the power and speed of social media’s ubiquitous growth.

And serves as a warning of sorts: catch up or be left behind!

Your ad messaging has to be present wherever your audience goes.

2. Video ads on social media are the most common way for consumers to find new brands and products before purchasing. Animoto 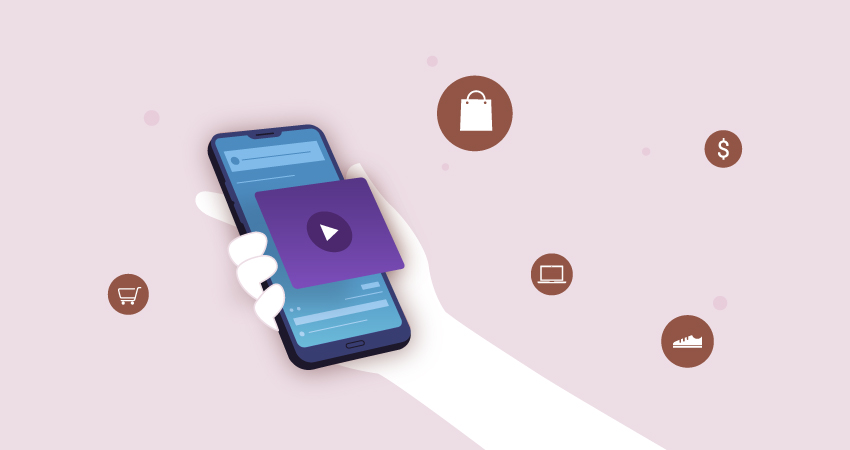 Ads are one thing.

But testimonial videos, reviews from enthusiasts and critical analysis from experts all give consumers an added level of information and take the risk out of blindly trying a new brand or product.

And they’re all on video.

A slick ad campaign by a company boasting about its product’s features is compelling; but a consumer will readily trust a first-hand testimonial from a fellow user like themselves.

Find out how you can use video ads to increase brand awareness! 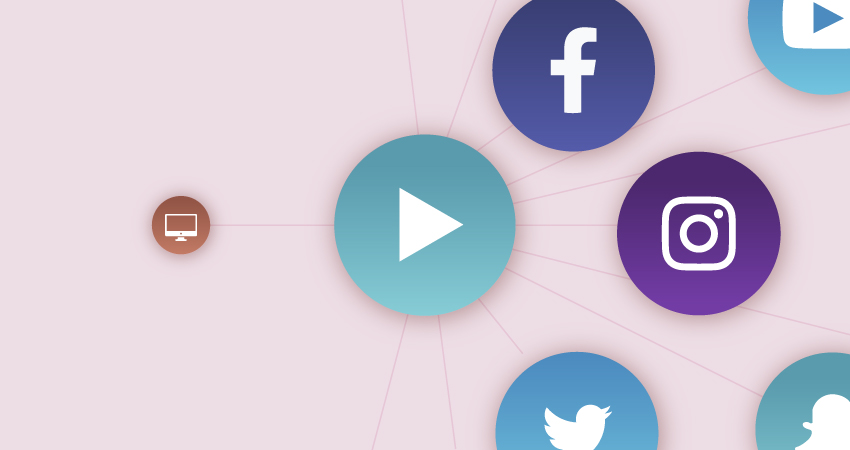 That’s nearly half your audience, and that statistic is likely to keep growing.

If you’re focusing on television and more traditional/old-fashioned channels for your messaging, you’re pretty much handicapping your marketing.

It’s time to go where your audience already lives: on social media.

4. 80% of marketers feel positive about the ROI of video ads published on social media. Source 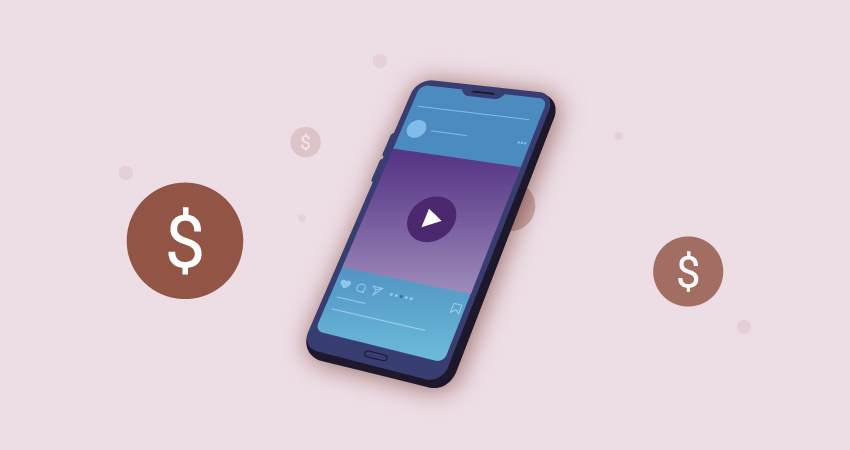 Chances are your marketing team will happily back this up, too.

Today, social media is a sure-fire thing as far as your ad messaging is concerned. The numbers don’t lie! 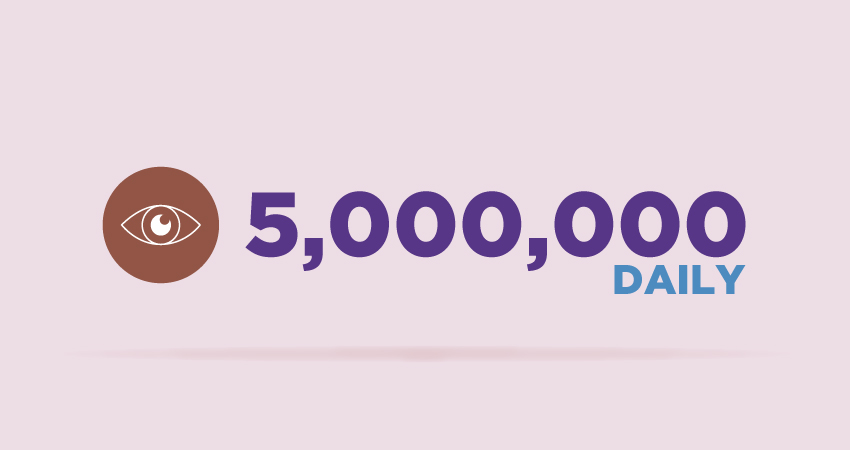 TikTok seems to be a somewhat unusual and niche platform at first glance.

But regardless of how well you understand its appeal or which side of the generation gap you’re on, it cannot be denied that the app has massive reach.

Five million daily impressions is nearly the population of Toronto, Canada being reached every single day!

TikTok may be bizarre and silly to some, but those numbers are nothing to laugh at.

25% of marketers plan to start using TikTok as an advertising channel in 2021. Postclick 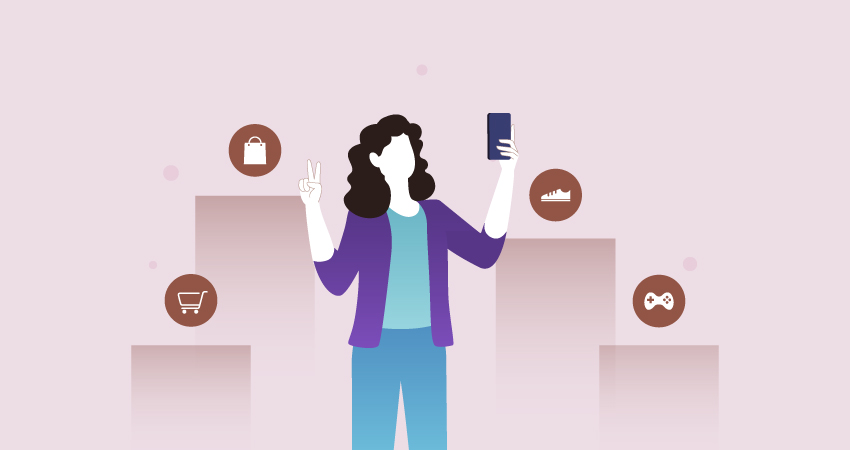 …And this past year, marketers took notice of those numbers.

A full 25% of marketers started using TikTok to increase their reach, and it’s done wonders for their messaging.

1. Video Website Cards on Twitter videos give a 2x higher clickthrough rate as compared to standard video ads and boosts user retention by more than 60%. Twitter 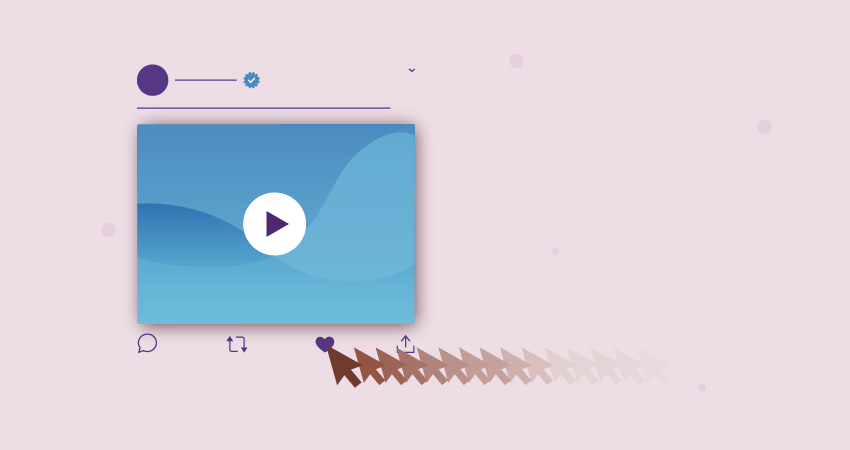 What started out as a text-only microblogging platform with a 160-character limit, has evolved over the years into its own unique social media platform with its own style and culture.

And video ads are flourishing here, too!

The statistics speak for themselves.

Video is popular and growing even moreso, everywhere, and Twitter is no exception.

3. Twitter Video Ads save more than 50% on cost per engagement. Source 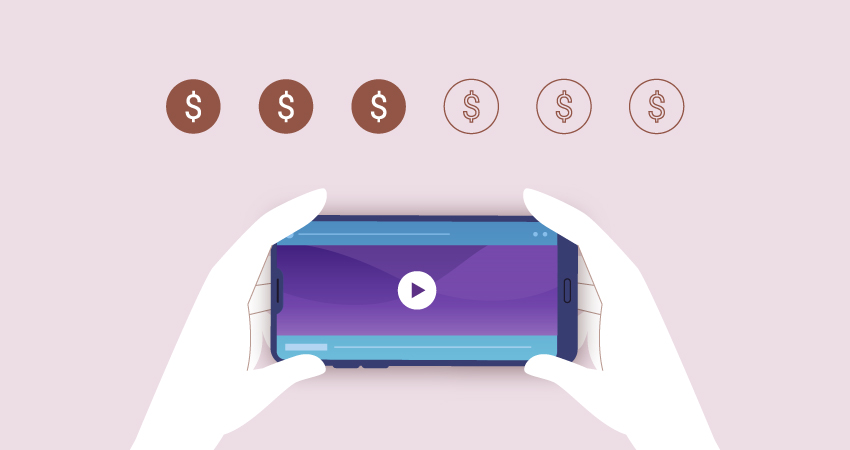 Not only is video wildly popular, it’s also surprisingly economical.

The broad impression people have is that video is expensive and laborious.

But studies show that you actually spend less on cost per engagement, especially on Twitter.

Twitter has overtaken standard mobile video as the go-to platform for ads.

It’s not just a question of reach, but interaction and conversion, too– and by a long way. 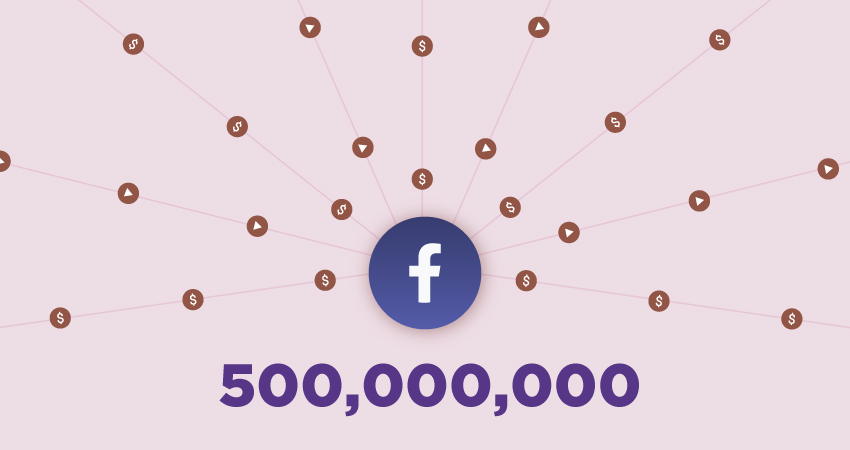 The popularity and ubiquity of Facebook needs no explanation.

It’s no surprise that it’s also a powerful advertising platform today, beating out all competing traditional giants in the field. 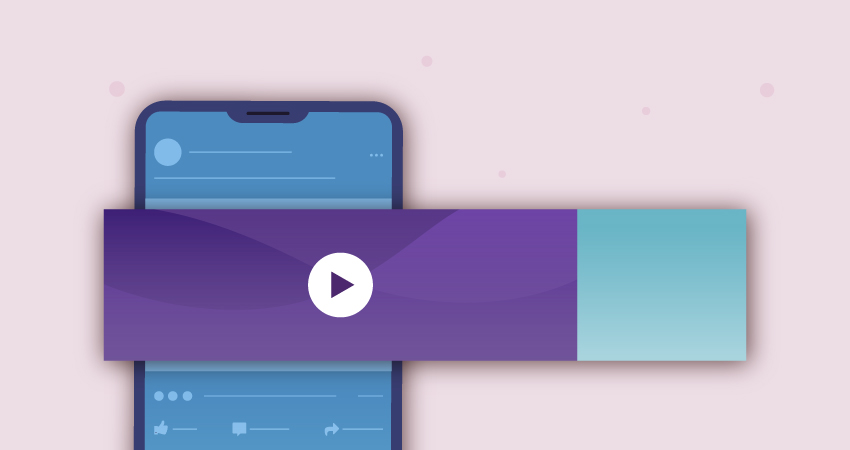 The internet as a whole has been steadily moving from text and images to video, and that includes social media.

Video is the new text, a native language among netizens and mobile users.

So it makes sense that video advertising has never been so popular, even on Facebook.

1. About 25% of Instagram advertisements consist of a single video. 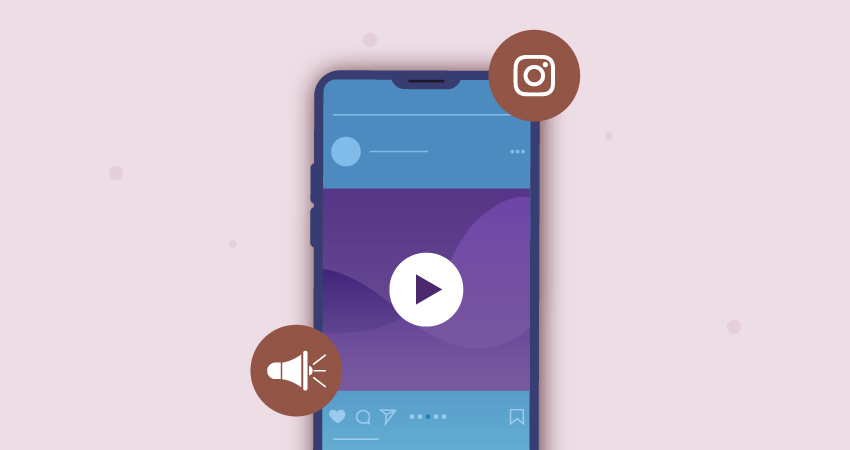 A highly visual platform, Instagram lends itself naturally to video as well as images– and video ads and video branding work especially well in this space.

It doesn’t even need to be a long and/or expensive campaign– even a single video can do the trick just as well. 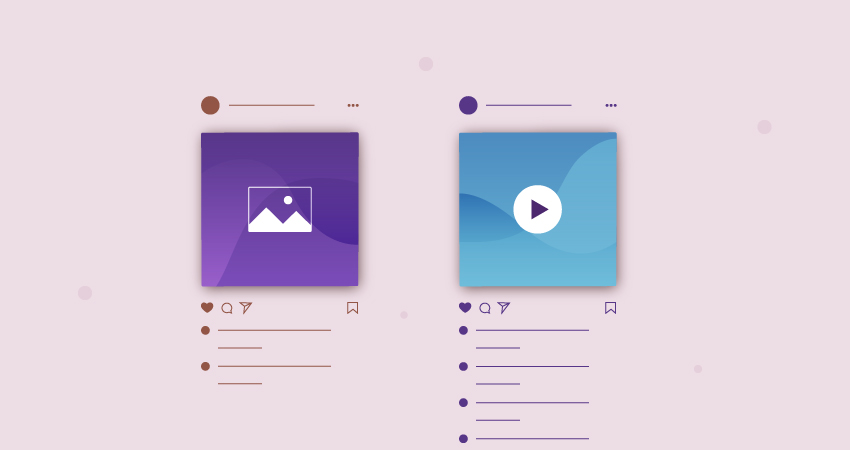 When we say “naturally” this is what we’re getting at– not only are video ads tolerated by Instagram users especially well, they’re great for interaction and engagement.

Communicating with your audience is especially important, so pay attention to the comments as well as the view stats. 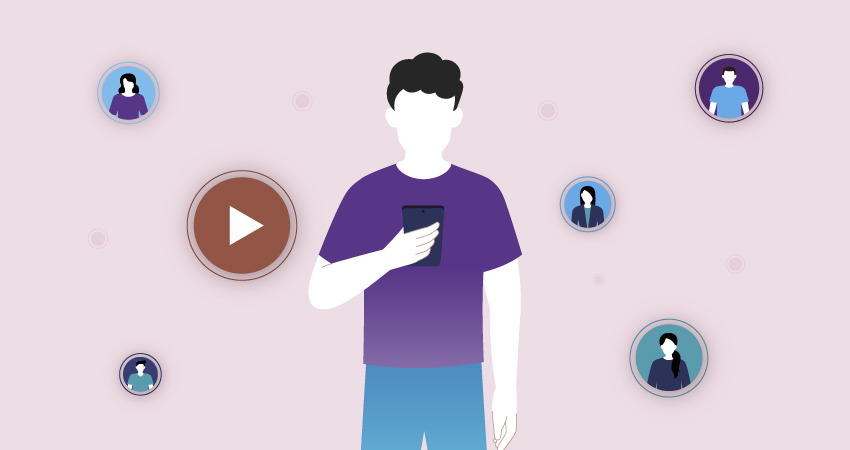 Instagram incorporates ads into stories as well, and they’re powerful and effective, blending seamlessly and unobtrusively into the format and experience.

This is a great space to take advantage of and get your brand seen and heard.

So there you have it, our report on commercial video trends for 2022.

How does this inform and influence your strategy going forward into 2023?

Is there anything we missed out on?

Let us know in the comments!

And until next time: keep telling your stories!

Previous Story
← How can B2B brands use animated commercial videos to stand out?
Next Story
5 Best Internal Communications Video Examples For Your Inspiration →