As a marketer, you are meant to strike meaningful emotional connections with your customers. If you are able to achieve this - your customers will keep coming back to you for more - resulting in you getting more leads and sales for your products/services.

Your video marketing strategy should inspire your target audience. Engage them, make them emotional and strike a chord with them that lasts months and years after they consume your video for the first time.

If your video tells a story that your audience loves - they will connect with you, almost immediately.

Given below are some short stories to inspire the narrative your video can take:

1. An Angel In Disguise by T.S. Arthur

The story begins with the death of a  poor old woman who was disliked by the villagers. The villagers, having taken pity on her three grandchildren, arrange for her funeral and decide to adopt a child each. Farmer Jones chooses to adopt John, the oldest of the three while Mrs. Ellis decides to adopt the second child, Kate. None come forward to take Maggie, the last one home because she is bedridden due to a back injury.

When she is left behind after the funeral - a poor wheelwright by the name of Joe Thompson decides to take Maggie home. With little to spare - Joe’s wife gets upset about his decision and persuades him to leave Maggie at the orphanage. But despite all of Joe’s financial trouble - He doesn’t budge.

As days go by - Maggie wins over the hearts of everyone by her joyful and positive approach to life. Joe’s life blooms with love, gratitude, and sunshine. And Maggie turns out to be an Angel in Disguise.

Video Inspiration: This video showcases the kindness of the poor wheelwright with a big heart. He is the hero of the story. You can actually design a custom animated character that goes with your brand and becomes the lead for your narration that connects with your audience.

A brand/product video needs a hero like Joe Thompson - sincere, loving and kind.

2. A Jury of Her Gospel by Susan Glaspell 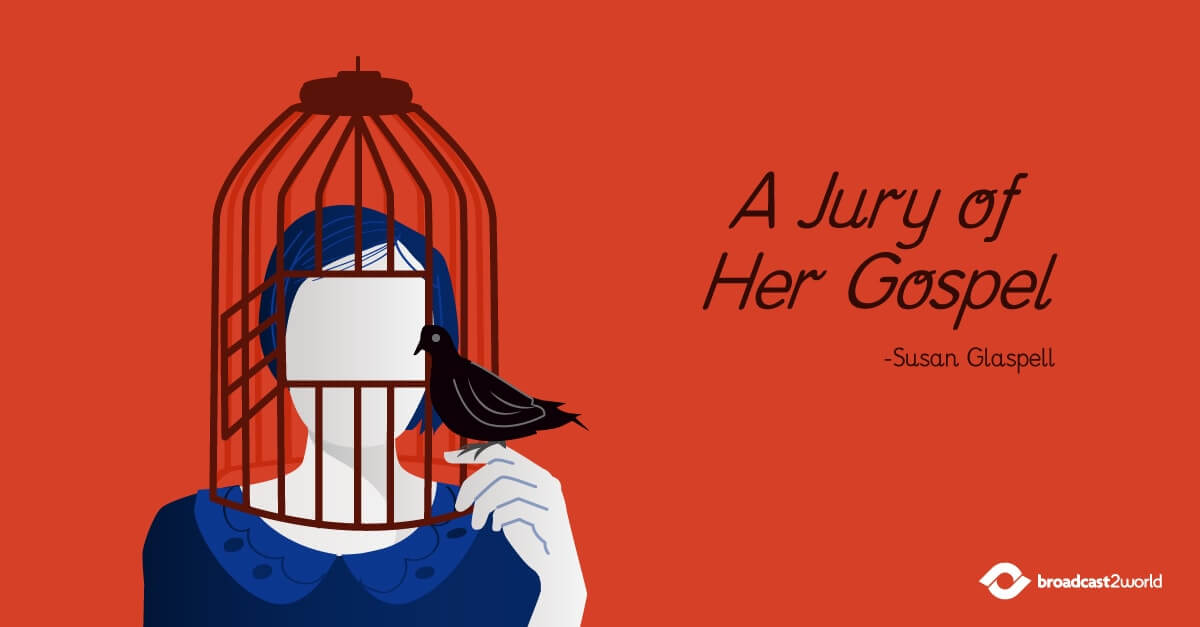 Set in rural Dickson county - this short story is a murder mystery of a man named John Wright who was found dead - strangled by a rope on his bed.

The man’s body was discovered by his neighbour while his wife, Minnie Wright, was found sitting calmly within the house.

The investigations begin with the wife being the prime suspect and taken into custody. The story brings out how the investigating men can’t find a clue as to why Mrs. Wright would have killed her husband while the women can sense it by analyzing the contrast between her life before and after marriage. The Women investigators although convinced about the killing, save Mrs. Wright because they understand her plight and the reasons why she committed the crime.

Video Marketing Inspiration: This story is about gender issues and how women understand women more than men do. One way to look at it is that while you are selling a gender-specific product, you should understand that gender-specific issues that your audience is facing. The other learning from this story is that you need to make your video intriguing enough to make your target audience keep watching it.

3. Thank You, Ma'am, by Langston Hughes 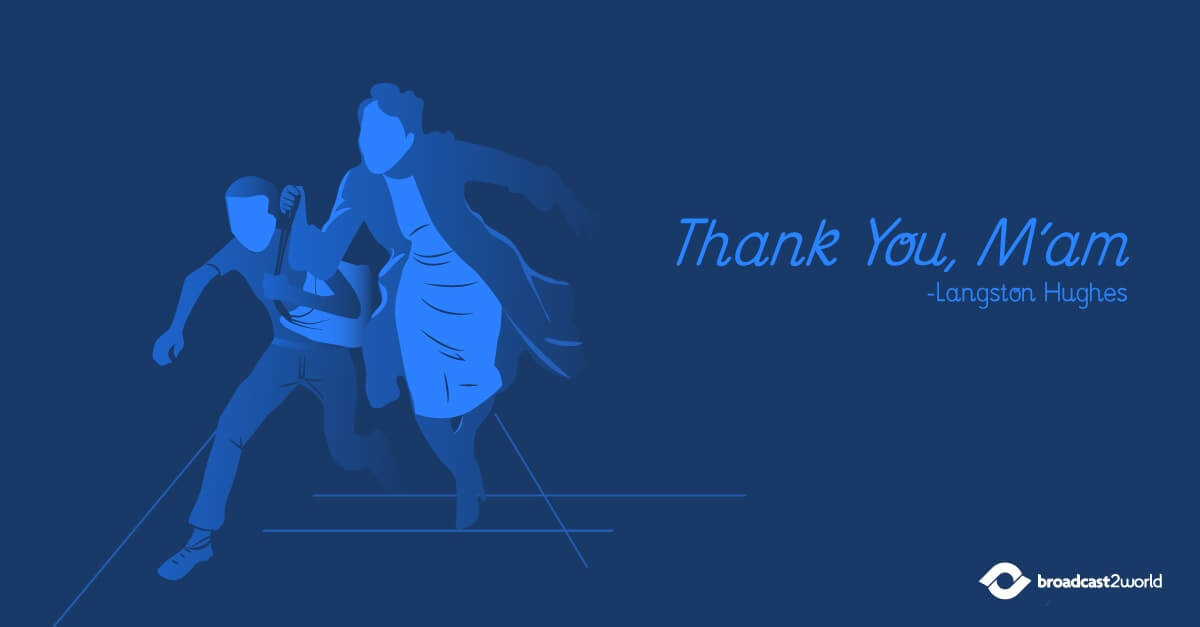 A woman walking down a deserted street is surprised by a boy who tries to snatch her purse. Calm and unperturbed by the boy’s behavior - she grabs him gently and demands the purse back. When the boy denies - she drags the boy back to her place, forces him to clean up and then shares her food with him. Overwhelmed by the woman’s composure and generosity - the boy sees the error of his mistakes and apologizes to the woman - explaining his intentions for stealing.

Video Marketing Inspiration: This story is about the generosity of a woman who is not only kind to the kid but also appeals to him by showcasing her good nature as a living example rather than a pertinent punishment.

Your marketing videos should look at demonstrating your product and leading by example rather than blankly making claims or statements.

4. The Gift of the Magi by O Henry 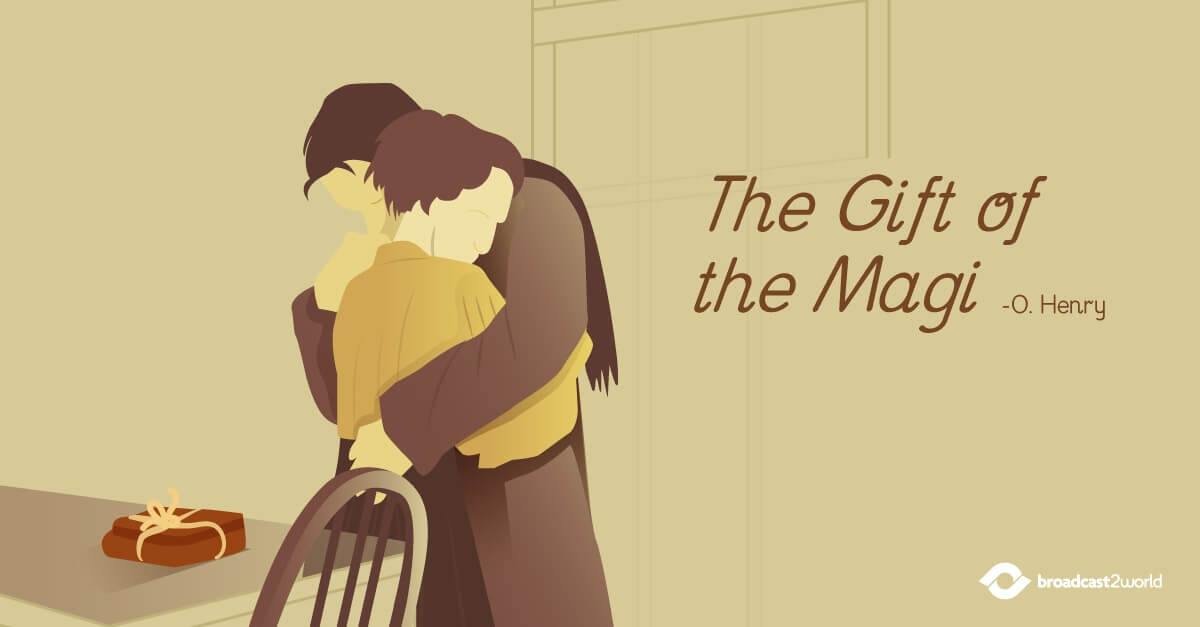 This is a very cute story of a husband and a wife who wish to give each other a Christmas gift. Della, the wife sells off her beautiful hair to buy Jim, her husband a watch. While Jim sells the watch to buy her wife some jeweled combs. Ironically, when they present each other the respective gifts, both can no longer use them. Della has no hair to use the comb while Jim had already sold his watch. At the end of it, both are happy with their sacrifices because they gave away their priciest possessions to give each other a Christmas gift.

Video Marketing Inspiration: Stories that move people usually tend to strike a chord with them. With the gifting season around the corner - It's a great time to use emotions like romance, love, sacrifice, goodwill, faith, hope etc to promote your products and services.

5. The Lady or The Tiger By Frank Stockton 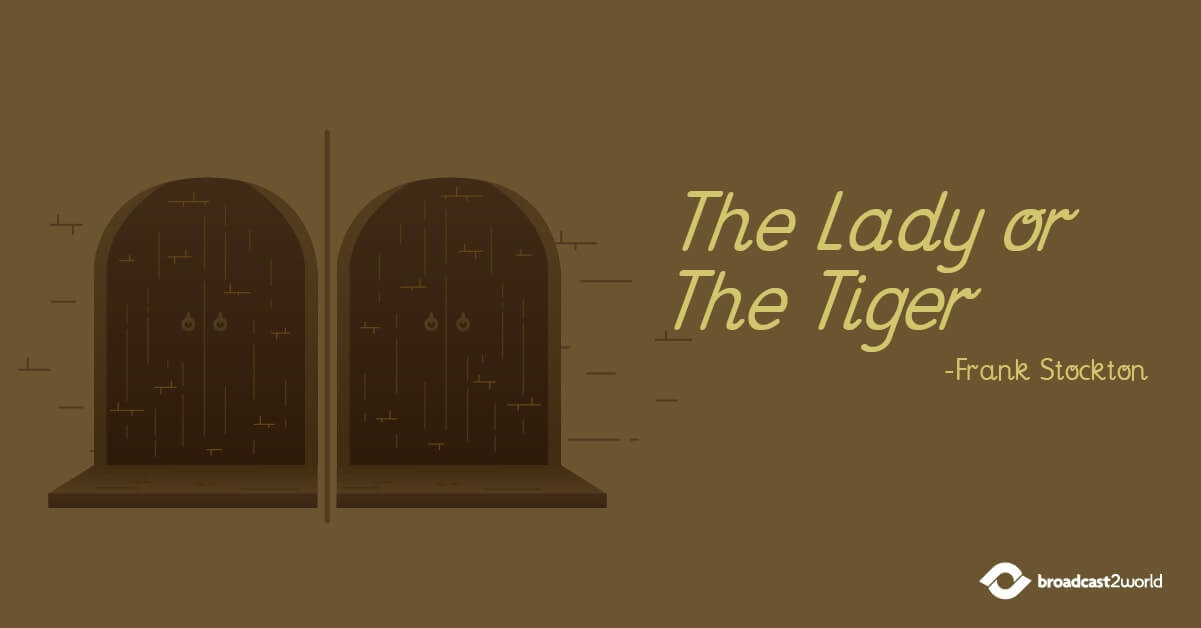 This short story is of a barbaric king who had a unique way of punishing his offenders by presenting them the choice of two doors in his court.

One door has a beautiful lady behind it while the other had a hungry tiger.

One such offender is a courtier who falls in love with the King’s daughter.

The princess, in her attempt to save the courtier, redirects him into choosing the door with the beautiful woman behind. The story reflects the princess’s sacrifice of letting go her love, for the sake of her lover’s life.

Video Marketing Inspiration: Your video should focus on reiterating the value proposition, vision and mission of your brand/business in all aspects of communication it undertakes. As part of your video campaign as well - showcase your product to be the hero. Be different, challenge perceptions and then define your intentions via clear communication that always puts your customer first.

You can use video marketing strategy to tell some beautiful and heart touching stories and get your audience talking. Make sure your video is according to your brand guidelines. You should know your target audience deeply and should be able to please them with your video.

Previous Story
← How To Drive More Qualified B2B Leads From Your Google Adwords?
Next Story
10 Successful Holiday Marketing Campaigns To Get You Inspired →