The Evolution of Animation: From Entertainment to Business Videos

Some of our fondest childhood memories belong to those lazy Sunday mornings spent watching cartoons on TV. Whether it was the iconic tales of our favorite house cat, attempting to best his adversary in futile. or the carrot-chewing rabbit humoring us repeatedly with “Eh… What’s up, doc?”, animated pictures have always captured our imagination. It’s perhaps this curiosity and enthusiasm, which has led to so many dramatic changes in the animation industry, in such a short period of time.

Delve deeper and you’ll find animation technique is as old as storytelling and continues to captivate both home and business audience. In simple terms, the animation is art-in-motion, something the human beings discovered as early as the Paleolithic age.

Animation today is characterized by cartoon characters - in- motion, telling a story.

The history of animation technology showcasing moving art pieces and images changed over the years - we are now in a world when computer and internet technology helps create some terrific animated videos enjoyed by diverse assemblage. Let’s now fly back in time, relive the evolution of animation and also explore some of what’s yet to come.

People realized very quickly that pictures taken of a moving object could be flipped through in succession, to create the illusion of a motion picture. Did you know that a 5200-year-old pottery depicted a moving goat through a series of images?

Now take a look at the following image from an Egyptian mural showcasing a wrestling match through a series of images: 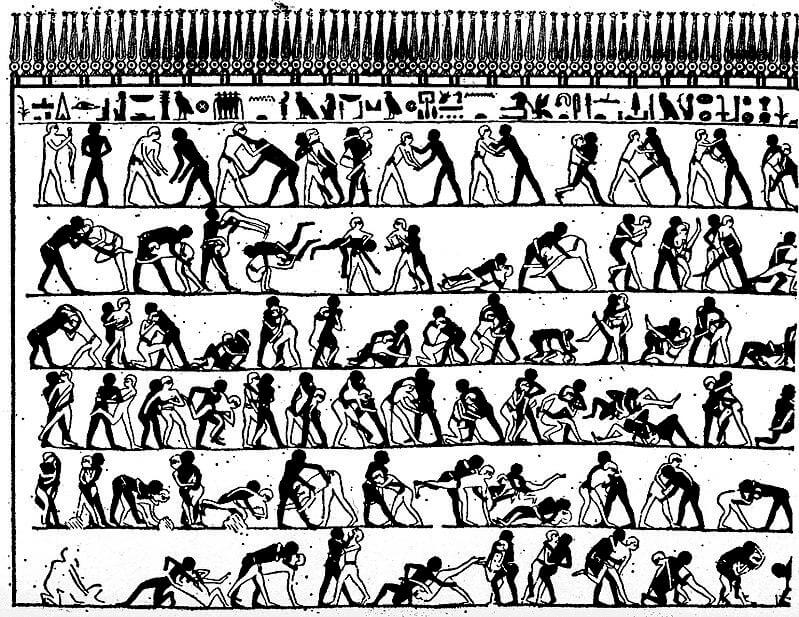 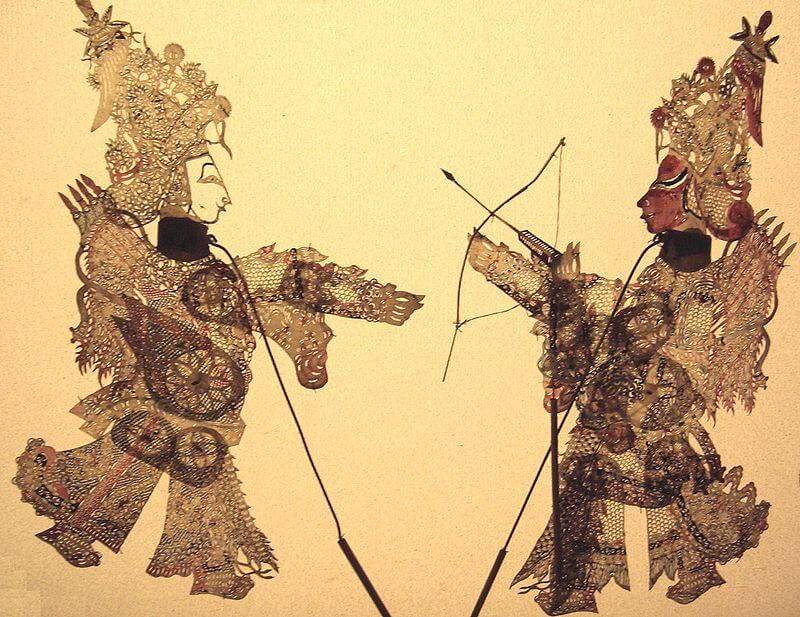 Stories were also being told with the help of the magic lantern (invented by Christiaan Huygens in (1659) used to project moving images. 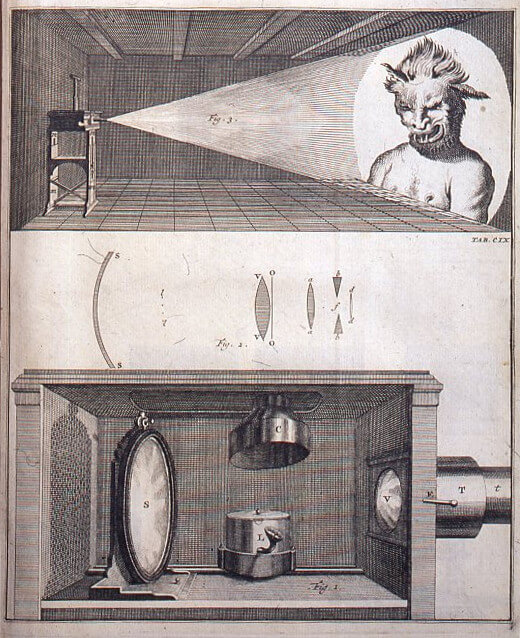 Let's take a look at the timeline of animation history now:

The Phenakistoscope was the first real animation device. The device was discovered by Joseph Plateau in the year 1832.

It was the first device that could create a fluid illusion of animation.

The early animation films were crude, made with devices that were relatively simple and primitive. The first such system was called the Theatre Optique (invented by Émile Reynaud and patented in 1888). His series of animated films included Pauvre Pierrot and Autour d'une cabine. Each of his films contained 300-700 frames(painted images) to last 10-15 minutes.

In the traditional animation history, hand-drawn animation was created using Cel Animation. Cel was a transparent sheet consisting of cellulose nitrate and camphor, used to create hand-drawn objects. Characters were drawn on Cels and superimposed on common background images to reduce the number of frames and production times. Colonel Heeza Liar (1914) was the first animated cartoon series created using this animation technique. The production house was John Bray studios. Take a look:

Another popular animated film that was produced around this time was Gertie, The Dinosaur, created by Winsor McCay in 1914. This film was made using techniques such as keyframe, registration marks, and animation loops and is sometimes known as the oldest cartoon film.

The movie also marked the debut of the lovable Mickey Mouse..Following the release of Snow White and the Seven Dwarfs in 1937, animated films became a popular form of entertainment. The stories and the characters started getting widely recognized and remembered by everyone, everywhere on the globe.

Another animation technique that was commonly used in the traditional era was stop-motion animation. You must have observed the jerks in the movement of objects within film sequences of the era. These are caused because the technique is used to create a perception of movement in the object.

Although the first few computer animated films were very basic, to say the least, it nevertheless changed the way animation was done.

Hummingbird (1967) was the first computer-generated animated film - it was made using 30,000 images and 25 motion sequences generated by a computer.

The frame by frame animation of 2D characters could now be done entirely on computers. Not only did it make the process less arduous, it gave graphic artists more control and they were able to produce content without the use of actors, expensive set pieces or props. One of the first 2D animated films in the history of 2D animation was Sword in The Stone, produced by Disney. Other popular Disney films of the era included the Jungle Book, Mary Poppins, and the Aristocrats.

The stop-motion technique was succeeded by what we call today as computer animation. Modern computer animation includes both 2D as well as 3D animated graphics which are then put in motion using either frame-by-frame or rigging technique. The technique ensured that films were created and rendered faster, also ensuring that animation was not just used to produce cinema and TV series but also for brand storytelling and web series.

Let us first look at CGI revolutionized cinema and entertainment and then understand how it impacted businesses:

But where computers have really pushed the envelope is with the development of 3D animation. 3D models or characters were constructed on the computer monitor using geometrical shapes in a 3D coordinate system. Once a virtual skeleton of the character was complete, eyes, limbs and clothes were moved on to the frames and the animation was rendered. One of the first films to be produced using 3D Animation Computer Graphics in the history of 3d animation was The Adventures of Andre and Wally B by Pixar.

Pixar presented its ground-breaking form of entirely CGI-rendered animation with Toy Story in 1995. Using a complex system of model articulation and motion-control coding, Pixar was able to create characters with depth, charm, and personality.

While animated films were being made using computers, the advent of internet technologies made the process of creating 2D and 3D animated videos simpler and faster.

Big Brands like Coke, Apple, Hubspot, and Dropbox have started making use of cartoon animated videos and motion graphics to tell their brand story. Animation has entered mainstream brand storytelling after the advent of the internet and related technologies.

Animation for brand storytelling can also be divided into two -

In traditional animation, each frame is placed one after the other and there are about 24-29 frames per second.

Modern animation makes use of the rigging technique wherein you need to create only 2 frames for each sequence (the first frame and the last frame) - the computer program generates all the frames in between.

At Broadcast2World we provide customized video animation services to help companies stand out from their competitors, and connect with their audience through visual stories.

Once such company that approached us for creating buzz for their brand was Electric Monkey. Electric Monkey is an energy drink and wanted to launch its product through a short cartoon video commercial. The client wanted to create a fun, electrifying video that helped spread awareness and brand recall for their product. In this case, we created a 2D character animated video using the frame-by-frame technique. Take a look:

You can read more about the process of making the short and snappy video that helped electric monkey grab audience attention.

Here is another artsy example of a 2D style animated video from Ford. It showcases a beautiful Father-Daughter relationship in a short story.

Winsupply is another notable example of how we helped a hardware brand create awareness through a story-driven cartoon animated video. Our client supplies hardware products and had created a platform to help consumers, firms, and contractors to buy and sell hardware online. Hardware is a low involvement category and an online platform would not find acceptance by consumers or business owners. Our primary challenge was to communicate the benefits of using the online platform to both B2B as well as a B2C audience.

We created a cartoon character Buddy who would, in the story, benefit from the services of Winsupply - next we ensured that our story would appeal to both businesses as well as the direct consumer. You can read the full story of how we helped Winsupply over here.  This video was a 3D  character animation video made using a combination of frame-by-frame and rigging technique.

Another very common animation technique that’s being used by businesses today is motion graphic animation. It uses computer-generated graphics to create animated videos with sound and voice over. Such video designs may not be strictly cartoon character driven and can use diverse graphic types.  Here is an example of a motion graphic video we created for Blue Green Water Technologies:

Brands and content producers are now creating animated videos using latest technologies such as augmented reality, virtual reality and 360-degree video technology.  The technologies are highly experiential and help create immersive stories. As a brand, if you wish to grab consumer eyeballs and be a trendsetter, then you must not miss out on creating your brand stories using these technologies.

Take a look at this example of a 360-degree animated video from Gorillaz:

We are now living an in an era where web series is the most watched form of entertainment. Live action series like Game of Thrones, Jessica Jones and Queer Eye, and animated series such as Happy Tree Friends, Eddsworld, and Salad Fingers are what the masses are glued to.

Brands too are embracing the trend and creating entertaining animated series to please their audience and build a relationship with them. Starbucks recently created an animated web series called 1st and Main. It’s a fully animated video series that tells stories set inside a Starbucks outlet. The videos are short yet very adorable - take a look at one of the videos from the series:

The story of animation is heartening indeed - from a series of images carved in stone to cutting edge VR tech delivering mind-blowing immersion experience. Cartoon animation does transform the viewer into another world - provoking a thousand different emotions every second.

From blockbuster cinema and TV shows of yesteryears to branded explainer videos and short format series, animation has made quite a few interesting strides and is truly unstoppable - the reason is, it's deep roots in art and its inherent beauty that lures all types of audience in every period.

What do you think about the evolution of Animation? How do you think it impacts businesses or otherwise? Please feel free to add your thoughts in the comments section below.

Previous Story
← How Brand Archetypes Help Connect to Your Ideal Customers?
Next Story
4 Personality Types Secrets You Must Know To Closing Deals Faster →