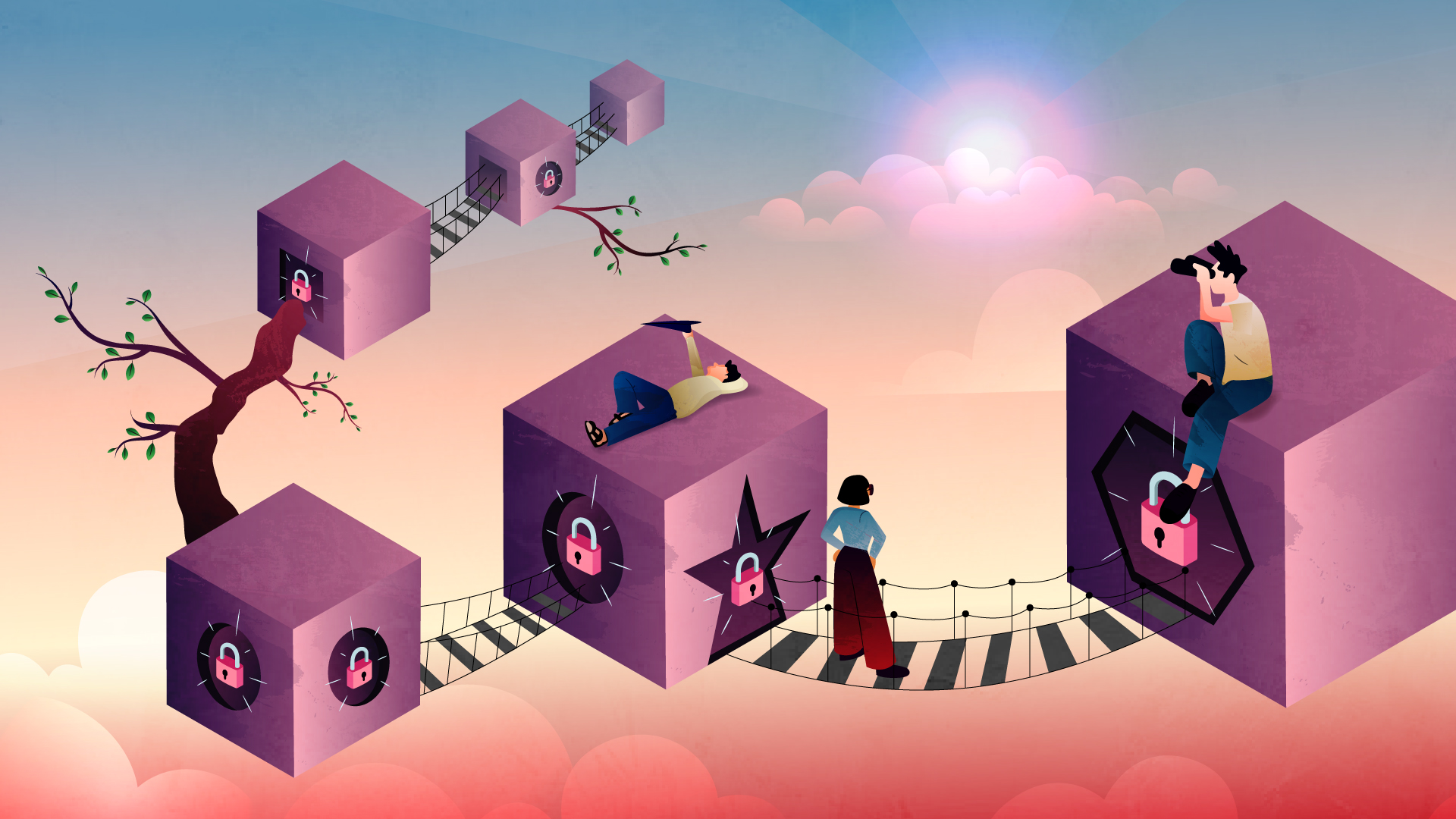 If you're in a hurry, check out the best animated blockchain explainer video compilation here:-

The definitions of Blockchain you read on the internet can be a mouthful with little to no assurance of any understanding. But it shouldn't take a computer scientist to understand what it is. To help you understand it better, here's the simple definition:

A blockchain (or at least the type we're talking about) is a public ledger that records transactions. The "block" in blockchain refers to the transaction records on the ledger. But where does the "chain" come from? Well, to prevent people from altering the records, each "block" contains a cryptographic hash of the previous one. This way every new "block" reinforces the ones before it.

Now if anyone wants to modify a block, they would have to do so for subsequent blocks as well or else they would be found. And that is pretty difficult since that requires encryption and decryption for every block. Sounds simple, but it takes a lot of computation power. So unless you have a supercomputer, you really can't do it in a reasonable amount of time.

And that’s pretty much what it is and how it works.

Business leaders and gurus will often talk about how business cannot happen without trust-- and this was, and remains, a major hurdle for cryptocurrency to overcome.

What we love about this blockchain technology video is that, rather than talk about various technical details about Monetha, it begins by talking about how vital trust really is when it comes to business and trade. The beauty of establishing this foundation right at the start of the pitch is that everything else falls into place. Even if the viewer has very little technical knowledge and understanding of virtual currency and online transactions, they can easily grasp how Monetha works and why it’s so revolutionary, thanks to this cryptocurrency explainer video.

We simply love the abstract but slick animation in this video for Symphony. It holds your attention throughout without becoming tedious or confusing, while reinforcing the script beautifully, without distracting from the message. This is a fantastic example of the power of the best cryptocurrency explainer videos about blockchain, and how they can explain complex topics so well.

The video for Coin Crowd features detailed animation that reflects the complexity and abstract nature of the subject, but in a way that dispels and disarms the viewer’s doubts about cryptocurrency. Similarly, this video about blockchain goes into enough detail to explain the matter at hand, without overwhelming the viewer with too much information. As such, even the novice outsider to cryptocurrency can follow along and be led to understand this fascinating new world.

Real estate isn’t something most people think about too often. And when they do, the image in their minds is usually one of bureaucracy, paperwork, huge investments, and uncertainty.

Dubai-based company Blockchain realized that blockchain technology is, surprisingly, the answer to revolutionizing real estate in Dubai. Of course, immediately there’s a challenge because real estate is confusing and boring to most people, and blockchain tech is similarly complex and difficult to understand as well.

This is why they used the power of animated explainer videos to break down the information and explain it in such a way that just about anyone can understand how their system works within just a minute and a half. The delightfully light animation style and smart script work together perfectly to explain their app and platform, and how it can work for you.

It seems so obvious today that fusing different technologies together would become the norm. But even now, there are discrete worlds of tech that could blend seamlessly that we haven’t yet considered.

Keplertek, for example, is blending AI into robotics, finance, and a lot more. We’re only scratching the surface of what AI can do. But it’s a complex and mysterious topic that most people don’t know much about, aside from inaccurate depictions in fanciful science fiction movies.

That’s why they commissioned this clever and beautifully animated crypto explainer video, with visuals that are complex yet minimal at the same time. They paired it with a smooth, reassuring script that breaks down the information in simple, easy-to-understand steps and demystifies this fascinating new world that everyone’s talking about.

It’s difficult to overstate the importance and power of blockchain technology today. And similarly, it’s difficult to overstate how effective animated explainer videos can be. A good animated video will grab the audience’s attention, tease their interest, and hold their attention from beginning to end. They can break down and simplify the most complex, abstract, dense topics without diluting the message, while also not overwhelming the viewer with too much information at the same time.

Contact us today to find out what animated blockchain explainer videos can do for you too!

Previous Story
← How animated videos can help in (successful) product launch
Next Story
Animated Blockchain Video Production: How to Simplify Your Offering? →