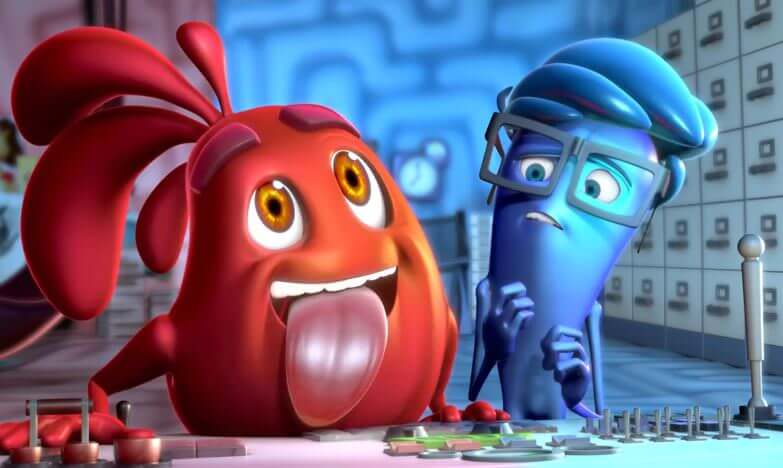 15 Most Amazing Video Animation videos Pieces You Ought to See ..

Animation videos are doing wonders for businesses. So how about a walk-through of some most amazing animation pieces that left a mark on everyone's heart and became the gateway of success for people who created them..

Creativity knows no limits and so is this list. But, I have tried to collect some gilt-edged and uniquely animated videos that are triggering enough for you to fall in love with the animators! Check out these animation pieces that are bound to inspirit you in 2015.

.
Last Leaf is an official music video of OK Go. It’s an innovative piece of stop motion that was created using 2,430 pieces of toast, laser-cut with designs by the band and artist Geoff Mcfetridge. Shot on a Samsung NX iFn camera, the video used 15 photos for every second of animation. The video was released on November 10, 2010 and had as many as 2,632,366 YouTube views as on November 26, 2014!

“Duet” is undoubtedly one of the best animated short you would have ever come across. It’s a completely hand animated short by former Disney animator Glen Keane, one of the greatest animators of all time who has feathers like Beauty and the Beast, Tarzan, Paperman and tangled in his hat. It’s a long shot full of choreographed movement animated with craftsmanship that unfolds the story of two people finding each other in life. Though the art is basic, but it is effective and uncommonly graceful. Duet also became the first traditionally animated, hand-drawn film to debut as a Spotlight Story.

This amusing video was created by a London animation company, Bird Box Studio. It is a funny animated short about a man who happens to taunt a barking dog who is left in a car. But that guy has to eventually pay for it. The frustrated dog somehow figures out how to roll down the car window. And, what follows is just hilarious!

The Oscar-nominated film in the Best Animated Short category merged CG and hand-drawn animation for telling the story of a lonely man in the New York City who meets a beautiful woman on his way to work. This video emerged as an epitome of 2.5D shading and animation style. The effective storytelling creates the Disney’s magic and love. It will take you back in time, into a different era altogether. In very short time this video went ‘viral’ and the industry honored it with Annie Award for the best short film.

Thought of You - 2D animation

This epic art piece by Ryan Woodward is an unconventional blend of figurative works, 2D animation, EFX animation and contemporary dance. A theme centered on the complexities of intimate relationships, this piece allows you to experience something unique and personal that touches your own sensibilities. Ryan wanted the viewers to connect to the video and build their own perspective towards the relationships instead of viewing a well-defined story. Watch the video and do tell us what touched your heart!

This student film is about a guy Robin, whose girlfriend Annie leaves him because he can’t express his feelings for her. With the help of his dog, he's prepared to do anything to get her back. The short has brilliant use of colors and an anthropomorphic sidekick to it.

It’s a cheerfully-animated short music video that is the part of Melbourne’s Metro Trains public service campaign. It’s an instructional video that promotes rail safety depicts various common and less common ways of getting killed as a lighthearted tongue-in-cheek song lists them. The simple flat animation work with great message and a little dark humor is bound to reside in your mind for long. It went viral over two years ago and stands 106,120,709 views till date.

The grandeur of this animation work has been proven from the fact that it won the Best Computer Animated Short in the SIGGRAPH 2015 42nd Annual Animation Festival. It has brilliant storytelling and the presentation of concept of duality is just beyond explanation. It has a bright and bouncy feel to it. The music and the background would surely sway you.  Give it a shot, it’s worth your 3:52!

The Pixar visuals mixed with some adult humor, emotionally honest interactions, and a colorful look is a treat to watch and each second of it is worth it. Also, the upcoming flick “Inside out” is inspired from this short.

Out of all the Minecraft Animations, I found this to be the most hilarious one! The video is bound to cause you stomach ache (Of course due to overdose of laughter, don’t be scared!) The characters are really adorable and the amusing elements shall keep you rolling!

It’s a beautifully animated, and heartfelt, short film about a little girl who visits the land of the dead, where she learns the true meaning of the Mexican holiday, Dia de los Muertos. The emotions wrapping the video will touch your heart. This marvelous piece received the Student Academy Award Gold Medal for the year 2013!

You might have come across many sand art videos, but this video with finely blended sand art and animation techniques will surely win your heart. Made by NID post-graduate students, this awesome animation piece has received many accolades like 1st Place at Digicon Tokyo, Japan 2008, 1st Place at FICCI Frames BAF Awards 2009 and many more!

This ad commercial by Coca-Cola has captured the emotions in a really subtle manner. It’s worth seeing how the man in the video identifies the perspective differences with the help of his best friend (the dog) and a Coke bottle. It’s an emotionally rich ad commercial with a strong concept of how that change in perspective can make all the difference in the world.

This video explains how we make those amazing animated explainer videos          which do wonders for our clients. It’s a digital 2D animation video designed specially to explain the process Broadcast2world undertakes for creating short animated videos for the clients.

This computer animated innovative marketing video by American restaurant chain Chipotle Mexican Grill that got released on September 11, 2013 gathered as many as 5.5 million views on YouTube by just September 19, 2013. Sounds unbelievable, right? Watch the video and you’ll get to know it made so big!

I’m pretty much sure that these videos shall bring in happiness, laughter, motivation, and inspiration for the year ahead. Put in comments sections other animation pieces that really touched your heart ever.