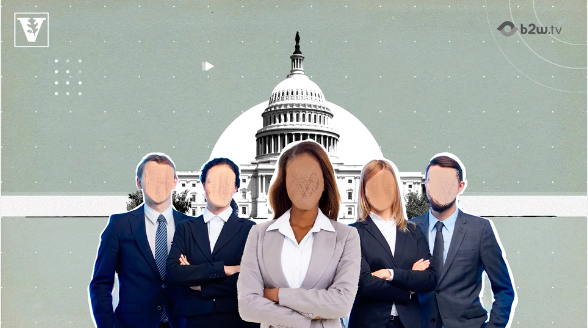 Explainer videos are perhaps the most effective and powerful way to communicate complex information in a simple manner.

They're used by businesses, non-profits, and government agencies to educate people on new products, services, policies, and regulations.

But choosing the right animation company for your explainer video production is essential to meeting your marketing objectives.

So let’s look at some companies which have stood the test of time and grown in strengths.

When I look at this list of companies, I see their journey from good to great, and I don’t hesitate to recommend them for your explainer video project.

You can make your selection based on your budget, style of work, delivery timelines, and location if applicable for your project.

Established in 2009 in Ohio, they have created over 5,000 explainer videos and counting.

They specialize in both live-action and animated explainer videos.

While their pricing starts from USD 10,000, their rates average around USD 25,000 per project.

They take a minimum of 6-8 weeks to deliver your project, depending upon availability.

Their strength lies in crafting the right story for your product or brand by focusing on things that differentiate you from your competitors.

Here’s some of their best work:

They say that a key rule in storytelling is “show, don’t tell.”

And Epipheo took this to heart with this video for Dupont.

The lush, quirky animation and inviting colors draw the viewer in while saying very little.

It’s tough to explain IT security, let alone get people interested in it.

It’s just one of those topics that’s not only dense and complex but also almost… abstract.

So this fantastic video by Ephipheo for StackPath embraces the abstract rather than trying to hide it.

Combined with a brilliant, clever script, the nebulous and baffling world of IT security becomes easy to understand for even the most tech-clueless viewer.

It draws you in and keeps you interested effortlessly!

Demoduck describes themselves as the ducks and a crew of kind, thoughtful creatives who got their start focused on explainer video production in 2011.

Based out of Chicago, they specialize in both live-action and animated explainer videos.

They are a team of 17 people that do all the pre-production in-house and outsource production to some of the best freelancers on the market.

Their strength lies in getting the balance just right between marketing strategy and raw creativity.

On average, they take around 8-10 weeks for animation and 10-12 weeks for live-action explainer videos.

Here are a couple of examples of their amazing work:

Streaming video: we all love it, no exceptions. But have you ever thought about how it all works?

But thanks to their masterful skills in visual storytelling and beautiful, lush character animation, they brought it to life.

Their video takes you on a journey through IBM’s services and explains how it all works– all without overwhelming the viewer with too much information.

There’s much more to animated video than just pairing a script with colors, shapes, and sounds.

And Demoduck’s video for Norwegian is an excellent example of how good animated explainer videos can be!

Their friendly, natural script is narrated over clever, visually pleasing elements that reinforce the points while keeping things interesting.

The viewer can follow along quickly, and the message remains memorable long after they’ve watched it even once.

Based out of Poland, BluBlu studios is an award-winning team focused on animation production.

Founded in 2014, they have an in-house production team of 28 people.

These are key to the most engaging productions.

So you have the story they are one of the best teams to produce the same.

Here’s a quick look at some videos of theirs:

It’s almost as tough to scale it up into something bigger.

Resources are always tight, margins too thin– it’s like walking a tightrope.

Miinto had a brilliant idea that can help small businesses get the same advantages that big juggernauts have while staying nimble and agile and solving a lot of common problems.

But sometimes a brilliant solution is hard to explain.

That’s why Miinto worked together with Demoduck and used the power of animated explainer videos to present their plan.

It does so in enough generous detail that it impresses the viewer, but doesn’t overwhelm the viewer with too much information, either.

This is the kind of thing that only animated video can really pull off so easily and effectively, every time.

Demoduck’s video for Skirmish is an example of what we mean when we talk about their creativity and out-of-the-box thinking.

Rather than drone on a list of features of the Skirmish platform and network, Demoduck went the route of making the video itself a dramatic adventure with plenty of references and nods to video game culture.

And that is apt since the platform is all about helping video game developers find the right people for their needs. This is “show, don’t tell” done right!

Giant Ant describes itself as a creative studio, a design shop, and an animation house.

With a diverse and tight-knit team from all over the globe, they’ve been around for 12 years.

They specialize in animation production for explainer videos and branded content.

Based out of Canada, they have a highly skilled team of 28 creatives in-house.

They’re selective about the projects they pick. They have to believe in your story before they produce it.

And here are some examples of what happens when they say yes:

They say “less is more”. You don’t get much simpler or any more minimal than this!

And yet, because of GiantAnt’s skill and talent, we’re treated to a beautiful abstract world of playful little balls rolling around, helping narrate the script.

We can’t get enough of GiantAnt’s video for Google G Suite.

Minimalistic but clever animation paired with a smart, adorably rhyming script, this video is poetry in more ways than one.

There are so many ways they could have gone with this video, but there’s no denying that this specific style really stands out and is truly memorable.

Ordinary Folk is a motion design and animation studio based in Vancouver.

They take joy in working together with amazing artists, creating meaningful pieces that feel, move, look and sound amazing.

They are a family-oriented studio that seeks to keep the important things important and focuses on putting care into every small deed.

They take around 6-8 weeks for an explainer video production and specialize in motion design.

Here’s a quick look at their stunning work:

Ordinary Folks’ video for Webflow is another brilliant example of the power of animation.

It’s serious and businesslike; but also thoughtful, reflective and artistic at the same time.

It quickly covers real-world problems and concepts and injects some heart and life into these ideas.

In our other blogs, we’ve talked a lot about how the best explainer videos connect with the viewers’ minds and hearts simultaneously to pack a powerful “gut feeling” punch.

This video is an excellent example of what we mean by that.

When done right, an animated explainer video can bring just about any topic or concept to life, no matter how abstract, complex, or difficult to explain.

And it can do so while also packing an emotional “gut feeling” kind of impact.

Ordinary Folks’ video for SAP is a beautiful example of this.

At no point does it get confusing or dull, and your attention is held throughout the video easily and remains memorable long after you’ve watched it.

That’s the power of storytelling!

Also, how long does it take to make an explainer video?

So, there you have it. Our top five animated explainer video production companies.

If you'd like to learn more about animation production or need help with any video project, please contact us today!