7 Factors That Influence the Cost of Producing an Animated Video

I and my wife recently went out on a usual dinner date. We decided to try this newly opened, slightly upscale restaurant. As soon as we entered the place we were both mesmerized by the vibe and the aroma. It was very warm and friendly distinctively retro, a billiard table in the center, soft live piano, as romantic as can be. The beautiful chandelier in the center of the dome-shaped ceiling caught everyone’s attention. The food was delicious, well presented with quite a few healthy options as well.

For all of this, we paid twice the usual we do and seeing the frown on my face my wife simply quoted Oscar Wilde:

“Nowadays people know the price of everything and the value of nothing.”

It’s a fact and as I’m now learning as well is that every experience has a price to it and we must learn to value them.

The same goes for video content as well. The more experiential, high quality and engaging video content you create for your potential customers, the higher will be the required investment.

A handcrafted animated video takes about 5-7 weeks to complete. It is created by a talented team of individuals who specialize in various aspects of Screenplay, Storyboarding, Animatics, Graphic Design and VoiceOver. 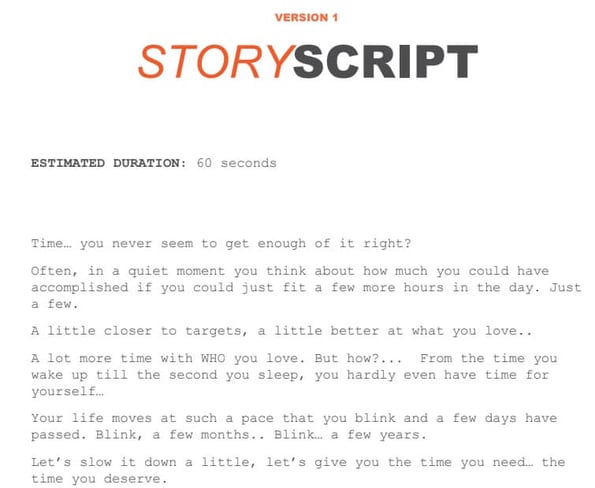 The next step is when the illustration team works on creating a raw sketch of each of the shots. At the same time, we also create a theme shot so we can finalize the overall look of the video. 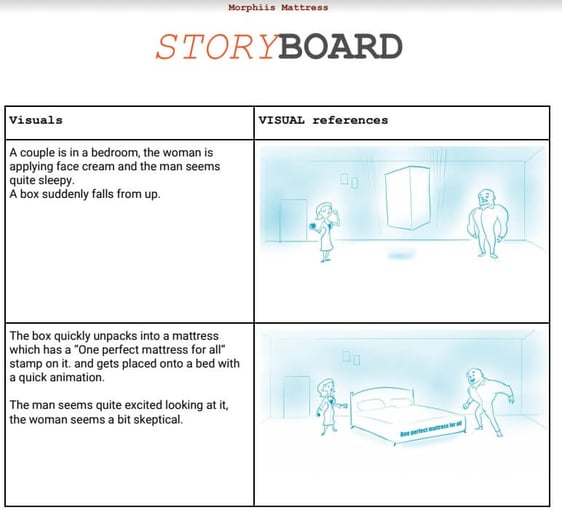 Once the storyboard gets approved, the animation team works on breathing life into the still illustrations.

This is the stage when our graphic designers work filling colors and other theme elements to the video.

Besides that effort, there are quite a few other factors that influence the cost of making an animated video. Understanding these factors will help you to take an informed decision while creating video content for your business. It will help you to know what you want from your video content before it is delivered to you.

Let’s now understand some of those:

1. Stage of the Buyer’s Journey

Each animated video is carefully crafted to target users in the specific stage of the buyer’s journey aka, Awareness, Consideration, Decision, and Retention.

The complexity of each video varies with its stage, business type, and industry maturity.

Whiteboard style videos, for example, may work better for B2B Awareness stage as compared to B2B Decision stage where cartoon style video would be more effective.

At this stage, your video should be more elaborate and must glorify the product so that you can get the desired business outcome.

Similarly, B2C Awareness, as well as Decision stage videos, require you to invest more in the quality of the video content.

While doing B2C videos, it is critical to entertain your target audience with the help of intricate characters and stories.

The style of animation that you choose plays a key role in the cost of the video content. While Whiteboard and Infographic style videos are cost-effective options, cartoon style animation costs much higher.

The reason why a cartoon style animation costs higher is because it entails pre-production cost of designing specialized characters for your video.

Take a look at this example of a Whiteboard video:

Similarly, the cost increases as we choose more immersive video types such as 3D animation, 360-degree, and virtual reality.  Now take a look at this example of a cartoon style animated video:

The style of animation you choose influences the production resources as well as production time. Also, the higher costing styles would always provide a superior overall appeal.

The more complex is the topic of an animated video, the longer it takes for the team to research on it and get an in-depth understanding of the subject. Research time, therefore, adds to the pre-production time adding to the overall cost of the video.

Take a look at this complex-topic video we did for TED:

Now take a look at this relatively simpler-topic video for Raptor Plumbing:

The longer the duration of the video, the longer will be the production time. But, the cost of an animated video does not increase proportionately with time. So, the cost of a 2-minute video will never be exactly double of a 1-minute video and so on. The reason why the cost of longer videos is not proportionately higher is because of the reusability of the assets in form of the character design, the backgrounds, the props etc.

The case of video series is very similar as well. Before we start working on the series, we finalize on a branding kit and the associated creative assets. These assets can then be utilized for the entire series.

From our experience, I would say that startups and small businesses with smaller teams usually provide relatively quicker feedbacks than larger corporate and enterprise clients where the overall process is slightly more complex.

There are times when we are at the Animatics stage of the video production when the client asks for changes in the script. This is when we have to go back, re-do the script, and the Storyboard before we reach back to the same stage in the production cycle. Since the effort and team involvement goes up with such a revision cycle the cost goes up automatically as well.

Every professional creative asset that we use in an animated video like music, voice over or video footage etc., requires you to buy the rights to use it commercially. The only exception to this is the case when we make use of public domain (free to use) creative assets.

When we buy commercial licenses of professional music and voiceover which is usually the case, the cost varies according to the usage of the creative asset. 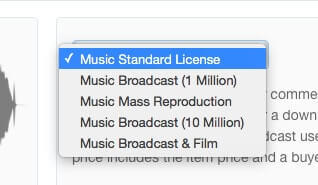 Most standard licenses allow you to use a creative asset for the web only - as you move up the ladder and use the asset for television, film or radio the cost will keep increasing.

So, in the earlier days if you were running a local TV commercial that would have the possibility of reaching say, 10,000 - 500,000 people, the creative asset (voice-over/music) royalty for  $X for a 13 week run of the spot.  If, on the other hand, you were reaching 300 million possible viewers in a national TV campaign on prime time TV, the creative asset royalty would shoot up to $1000X and higher for a 13 week run of the commercial.

Nowadays, with the internet and so many other types of media outlets and social media options besides TV and radio, full buyouts are becoming the most common approach to licensing a creative asset. The client can then use the creative asset forever, in any way they deem best for their business (on Facebook, Twitter, TV, and radio, Internet, Telephony, etc.).  This is why a full buyout for a national/worldwide commercial is priced much higher - because the client can use the asset for a one time fee and reach many millions/even billions of people, as long as they want.

Hope you found this post helpful? We would love to get your thoughts and inputs on this subject. You can happily add them in the comments section below.

Previous Story
← What is the best video content strategy for B2B?
Next Story
Part 2: Video Distribution Strategy - Advertise Your Video On YouTube →