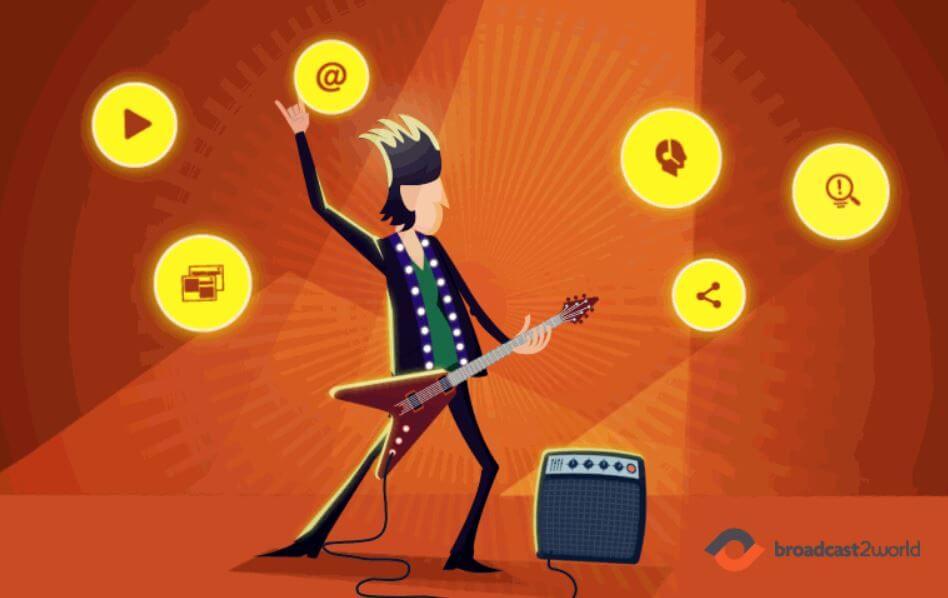 Why Every Business Needs A Growth Hacker

The year was 2010 and Sean Ellis was getting increasingly frustrated.

The Silicon Valley guru was looking for someone to take over the mantle and he didn't like any of the resumes that were in front of him. He had just succeeded in helping another internet company achieve incredible growth in a short span of time while working with a shoe-string marketing budget. He needed to find someone he could hand over the keys to, before he went on to script his next big growth story.

This was Sean's calling card in the valley. He helped businesses grow their user base, and then installed systems, processes and mindsets that could be followed long after he left. But he soon realized that the tricks and tips he employed wouldn't be found in the repertoire of a traditional marketer. He needed someone with a very different way of thinking altogether.

So he stopped asking for marketers and coined the term “growth hackers”.

Growth hackers are not substitutes for marketers. They are just a different kind of marketer. As Sean famously wrote in his blog post “A growth hacker is a person who's true north is growth. Everything they do is scrutinized by its potential impact on scalable growth.”

While a traditional marketer's approach would involve strategies like gaining mind-share and building brand equity, a growth hacker's every decision and every move is influenced by growth. This singular focus on acquiring new users and ignoring almost everything else, has given rise to a new set of methods, tools and practices in online marketing.

Here are six strategies that are employed today by start-ups, as well as well-established businesses to create rapid growth despite having minimal resources at their disposal.

1. Give something away for free

People have a hard time saying no to free stuff. It has always been and still remains one of the easiest ways to quickly acquire new users for your business. Even a free 30-day trial of an SaaS product is usually too hard for most customers to resist.

This simple growth hack can be traced all the way back to very beginnings of e-mail on the internet. In 1996, when Hotmail was launching its free browser-based email service, it used a free account offering to entice its existing 20,000 users to sign up. Word spread pretty quickly and in just 6 months, Hotmail's user base hit an astonishing 1 million users.

Also, you don't necessarily have to offer your service for free. Sometimes surprising your customers with a random act of kindness will work wonders too. For example, SquareSpace offers you an extension on your free trial, no strings attached. Dropbox will sometimes increase your storage space for free. HostelWorld adds money to your account.

Set up a referral program

Again, this might seem obvious since everyone from your local gym to online start-ups appear to be running a referral program these days. But a lot of companies have created highly successful referral programs that are working like a charm even till today.

From its humble beginnings, Dropbox has offered upgraded storage if you referred a friend to the service. With just this simple referral strategy, Dropbox was able to scale from 100,000 to 4 million users in just 15 months.

Making people feel like they are a part of something special, something they have to wait for until it's their turn, something that not everyone can be a part of, has always been a highly effective growth hacking strategy.

When Chinese smartphone maker OnePlus launched its first flagship device, you couldn't simply just buy the phone. You had to be invited for the chance to own the critically acclaimed OnePlus One. There was almost no traditional advertising and if you did receive the invite, you had 24 hours to make the purchase or else the invite would expire. OnePlus pulled off this bold yet risky strategy and reportedly sold almost 1 million units within its first year. 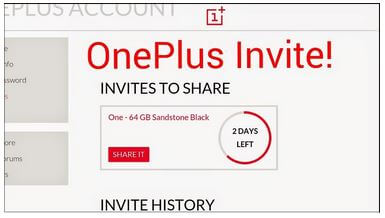 Everyone is aware of online dating app Tinder now, but there was a time when they were struggling to get people to adopt the service. So Tinder held exclusive frat parties at USC with entry being conditional on having downloaded the app. It was a simple idea and it worked wonders, as they signed up hundreds of available singles overnight.

4. Look for a platform hack

Capitalizing on the success of another platform, which already is hosting hundreds of thousands of potential consumers, has always been the most sought-after growth hack. In trying to find ways to work with relevant platforms and businesses, growth hackers have envisioned ingenious solutions to acquire thousands of new users overnight.

In what is probably the most famous of growth hack of all time, AirBNB leveraged Craigslist, a platform with millions of users looking for accommodations, to increase their user base substantially. They did it in a way nobody had thought of before and with no known way to execute it. The result: When users were filling out the form to list their property on AirBNB, they got an option to also post the listing to Craigslist. The listing would then show up on Craigslist, creating inbound links for AirBNB.

Another famous example is Spotify, when it launched its product in the US. Instead of building their user base from scratch, they were one of the first few companies to integrate their product into the Facebook News Feed.

Of course, this is easier said than done. But when Candy Crush forced users to invite other people before they could progress to the next level, this fun Facebook game went completely viral.

Skype had a more organic viral loop built in to their product. After installing it, users had to invite their friends and family to join the network in order to keep in touch with them. Once they started Skyping, they invited their network of friends and before you knew it, Skype had acquired 330 million active users.

Social proofing is a psychological phenomenon where people assume the actions of others in an attempt to arrive at the correct behaviour for a given situation.

We routinely seek out others for guidance while trying to make the right decisions in life. Not only do we ask for help, but we look for reassurance, in knowing whether we are headed in the right direction or not. When we see others taking the same action, it calms our fears and apprehensions.

One way of doing this on your website is to showcase the logos of your biggest clients. Optimizely, the web optimization platform proudly displays its clientèle on their website.

Other brands are displaying customer activity on their website. AWeber's site has a section that shows all the people who have just signed up on their Facebook page. 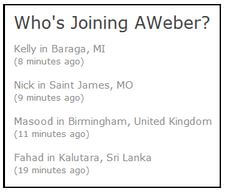 It's always a good idea to display the number of Twitter followers, email subscribers, and Facebook fans you have. Here’s how SEOmoz has used this strategy on their blog: 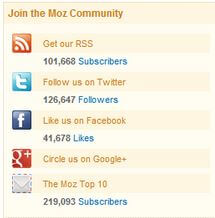 The growth plan for most businesses is to pay for each customer they acquire. They allocate budgets, conceptualize marketing campaigns and then spend heavily on media in rolling out those campaigns. This is how companies have always achieved growth in the past.

But today, the landscape has changed. Companies can also hack their way to growth. Given how difficult it is for brands to gain mind share among customers using traditional marketing approaches, the growth hacker is no longer just a luxury. Because once you set up the hack, you can continue to reap the benefits with little to no maintenance or spends.
As Andrew Chen put it in his famous blog post “Growth hacker is the new VP Marketing”. It's time for business owners everywhere to realize that sooner rather than later.

Previous Story
← How Webinars Can Get You Boatload Of Leads
Next Story
Video In Email: A Power Packed Marketing Fusion →