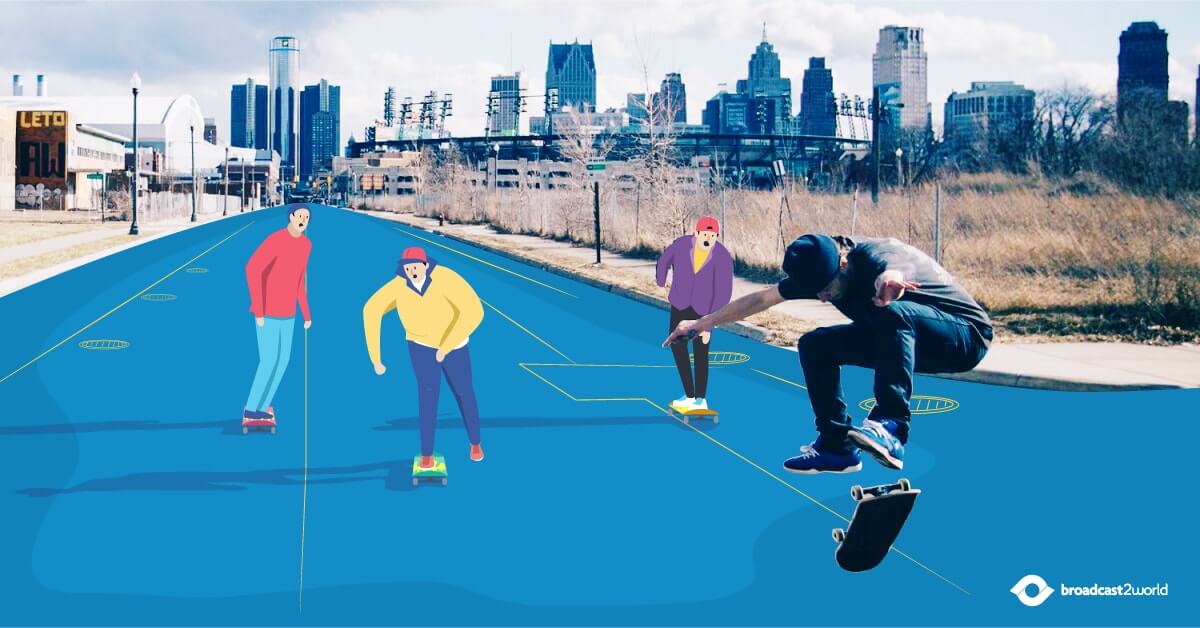 Part 1: For Every 'Live Action' There is an Equal and Opposite 'Animation'

Challenging the status quo is something that we are very proud of at Broadcast2world, we believe that an animation is not just putting together a script and putting a few characters in motion, while my reasons for this post is not to argue the merits of a live-action production over animation or vice-versa, but to educate people on how you can create an equally powerful narrative and sometimes a better one using animation.

Our narrative for 2018 is to reach out to traditionally live-action favored use-cases and build a case for animation and promote this medium as an all-pervasive solution. At the outset, every video needs to have a good content, whether it is a narrative, visual or a combination of both, while this can be achieved using ‘Live Action’ or Animation, so in this series I want to explore a few use-cases where live-action is traditionally sought, but showcase the puissance of animation.

A Customer story is a fantastic tool to get your potential leads to convert, they showcase your company’s ability to handle a pain point and problem of the industry in question. The aim here is to showcase how you have solved a problem and made his life easier with his product and service. Traditionally this has been done using live action, where you have a client who is your typical persona, rambling (for a lack of better word) on a single camera interspersed with imagery/video of his business. Here is an example:

First glance, what an iconic organization and a great American story, that like many other failed to keep up with Modern times and the fact that it was rebuilt and how Dynamics partnered to bring in modernism to that business make for a great narrative. But the question seems to me that, first was the user able to vicariously live in its past glory, can the potential woolen mill or any yarn mill in this day relate to the story or a pain point? Can you imagine what would have happened in 1865 and to its peak in early 1900? Were you able to stay past 15 seconds in the story? Here is an animated take on a customer story:

The narrative is the same, the approach is the same, but take a look at how it gets onboard with the purpose of the video, to illustrate the pain points of a traditional ERP that cannot scale fast enough, but how the client’s product alleviated their pains and made it happen for them. The visuals aren’t out of the world, the narrative is the focus, but it doesn’t distract the viewer with people and names, a potential viewer is now piqued. At the end of the day you are solving a customer problem and now the problem statement is established - Scalability, managing complexity of the value chain and driving customer experience and finally culminates with a message of ‘growing your business and not the software’.

We feel that the animation is the Occam’s Razor for such a video, you can have a limitless sprinkling of people, imagery and stories to tell, but by choosing just the necessary, it costs you less, it saves time and it’s just as effective if not better.

One might argue, fine for a B2B perhaps you may be slightly convinced with the approach, but what about B2C, don’t we need real people? First of all, you are not going to get the very real people to enact what they have gone through, even if you have managed to get them, it’s again an expensive process and perhaps unnecessary for you to satiate an audience, which probably has an attention span of a few seconds.

A great video, that aired in the Philippines and this model has been used in most of South-East Asia including India, I love the direction of the video and the storytelling, it keeps you gripped for all of the 2 mins, at the end of the day it is a 60 Billion dollar startup the probably has no problem in spending a $100K for every video. But the very same Uber created this below:

It’s a dedication to the user stories in a short series format, classical hand-drawn animation and great use of colors and lighting just gives one a warm and personal touch. It doesn’t look staged, the voiceover probably (From the original source) is nonchalant, it’s not rehearsed, lends itself to the authenticity and it’s short. Even for a person who doesn’t speak the language, one can understand that the character in the video is anxious about going for an interview and the driver offers bonbon(Candy) to put her at ease and the person reaches out to her bag on alighting to see a lot of these treats. The video exudes empathy on the part of the driver and fantastic experience of the passenger. Et Voila - 30 seconds - perhaps $6 to $8K. Occum’s razor isn't it?

Not convinced? You feel might feel that it might not be emotional enough, allow me to convince you otherwise with this Epipheo’s customer story masterpiece for Erie insurance:

Look how you are able to time travel to an incident using animation, three distinct stories, just with the right narrative and simplistic design, you are communicating emotion that not a lot of actors can exude, and 90 seconds on, you are hooked into it, you have started imagining things that have happened to you or your friends and family. It exemplifies what Walt Disney Says ‘ Animation can explain what a mind of man (Read human) can conceive’.

In closing, I am hoping I have made my point across for animation as a medium that isn’t restricted to explainers, in Part - II, I aim to bring another use case that is traditionally live action driven and showcase how animation transcends barriers of age and effectiveness in conveying the message.